The Political Cow – a Bengal experience

The recent phenomenal growth of Hindu-nationalist politics and communal polarisation in West Bengal has intrigued many. ‘The Political Cow’ is a taster for our feature-length documentary film ‘A Bid for Bengal’ which searches for an answer to this phenomenon. Through this short piece (and ultimately our longer documentary) we would like to tell the history of Hindu nationalist politics in West Bengal from the distant past to the immediate present. By juxtaposing archival material with fresh footage from the director duo’s family history, our film lays bare the old historical fault lines of a broken Bengal that made possible the current gains of the Hindu-nationalist project in a land today divided by the 1947 partition. Partition separated West Bengal, India, from East Bengal (becoming the eastern wing of Pakistan in 1947 and the independent country of ‘Bangladesh’ in 1971). Bengal was a land shared by nearly as many Hindus as Muslims; but today, after partition, both sides have increasingly become majority community spaces where minority communities have been made to feel vulnerable.

The film revisits cow-protection cells, Ram Navami processions, RSS history and Bajrang Dal radicalization camps, the insides of BJP IT cells, and riot-torn landscapes, to bring to the fore the underbelly of the Hindu-nationalist project; in between covering two consecutive elections trails for the national election of 2019, and the state assembly elections of 2021. In the end, the film takes the viewer through the anti-NRC movement and the anti-fascist citizens’ movement before the state assembly elections of 2021, to arrive at the immediate present marred with anxiety, yet not losing sight of a hope born out of the quiet resistance of ordinary people’s everyday lives to the growing politics of hate and intimidation. The video we share is an invitation to engage with our larger project. 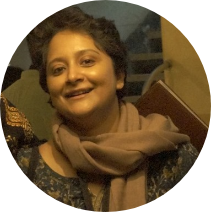 Kasturi Basu is an independent documentary filmmaker, activist, writer, and editor based in Kolkata. By training, she is a physicist, an alumnus of Jadavpur University, University of Cambridge, and Rutgers – the State University of New Jersey. Her debut feature-length documentary, ‘S.D. : Saroj Dutta and His Times’ won the 12th John Abraham award for the Best Documentary at the SiGNS Film Festival, Kerala, in 2018, and got screened at several prestigious national and international festivals. She is a founder-member of the ‘People’s Film Collective’ and community radio station, ‘Radio Quarantine Kolkata’. 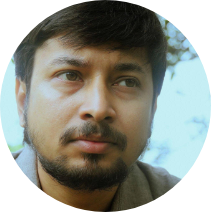 Dwaipayan Banerjee is an independent documentary filmmaker, activist, and researcher, based in Kolkata. He is an alumnus of Presidency College and Calcutta University, and presently researching on labour movement as a doctoral student at the Centre for Studies in Social Sciences, Calcutta.

Both are co-founder-members of several independent, volunteer-led collectives; namely, the ‘People’s Film Collective’, ‘Humans of Patuli’, etc. They have also been active organizers of the ‘No Vote to BJP’ campaign as co-conveners of the citizens’ platform, Bengal Against Fascist RSS-BJP. They co-edited the book, ‘Towards a People’s Cinema: Independent Documentary and its Audience in India’ (2018) published by Three Essays Collective, New Delhi. ‘A Bid for Bengal’ (2021) – a feature-length documentary on the rise of Hindu majoritarianism in Bengal, is their latest work.