This artistic project assumes a dystopia in the future and tries to explore it aesthetically in a sensual way. In a post-climate change, post global warming era, life forms on this planet have had to adapt to furious changes. What does this new environment look like, and which creatures will be the ones able to even adapt to these extreme conditions? Based on the concern for the well-being of the planet, and out of a curiosity about a future that is both undetermined and transformed, the artist would like to stage an invented nature. See what the possible nonhuman reactions to extreme changes in nature, temperature and climate might look like. What does a post-climate change world look like? What does the sky, the light, the ground look like? How does temperature, humidity, smell, or sound characterize themselves and how do animal and plant species shape themselves?

Since 2016, I have been working on ‘Animalgination’. The neologism plays with the English terms for ‘animal’ and ‘imagination’. Animalgination offers the possibility to create fictional forms of animals that can survive in the changed environment after the climate crisis. I believe that everything is changing. Man-made climate change is forcing nature to change and global warming threatens plants, land, and aquatic animals with extinction, forcing the environment to adapt to these changes in many ways: unusual animal behaviors, the awakening of small plants or microorganisms on land that has been covered by ice for thousands of years, and even mutated viruses. The Animalgination series features creatures such as an elephant with the body of a rabbit and the tail of a crocodile, a flying cow with butterfly wings and the head of a mackerel, or a pig with the tail of an eel. The series of works now includes linocut, oil on paper, acrylic painting on canvas, and a room installation. The idea that different animal elements are combined is present in many Asian traditions and in ancient Chinese mythology many such creatures can be found. In relation to climate change and the uncertainty of what life on earth might look like in the future, not all Animalgination figures must be ‘stronger’ in the Darwinian sense. Depending on the living conditions, gentleness or cleverness could also be marked advantages.

The assembled animal beings of Animalgination also symbolize how every human person changes during their life. Change affects the people who surround someone, and people affect each other. There are no absolute criteria to define identities as identities are fluid and interdependent. These considerations are implemented in an experimental spatial installation that visitors can experience with all their senses. The artist is interested in exploring climate change and the transformations of nature, and related to this, the development of a vision of a future that could potentially provide possible answers to how humans, animals, plants react to new environments, how they feel and perceive. The idea is that this space, our current space/environment, is completely transformed into a new world. There the air will be different, the temperature warmer, the room will make sounds and show a landscape where animal creatures and plant spirits will be seen. Visitors can walk through this space. It could be that something moves, or light effects simulate liveliness, or even that figures in the room make sounds. After ‘Animalgination’, the artist now wants to work on imagined plants, or ‘Plantasy’. 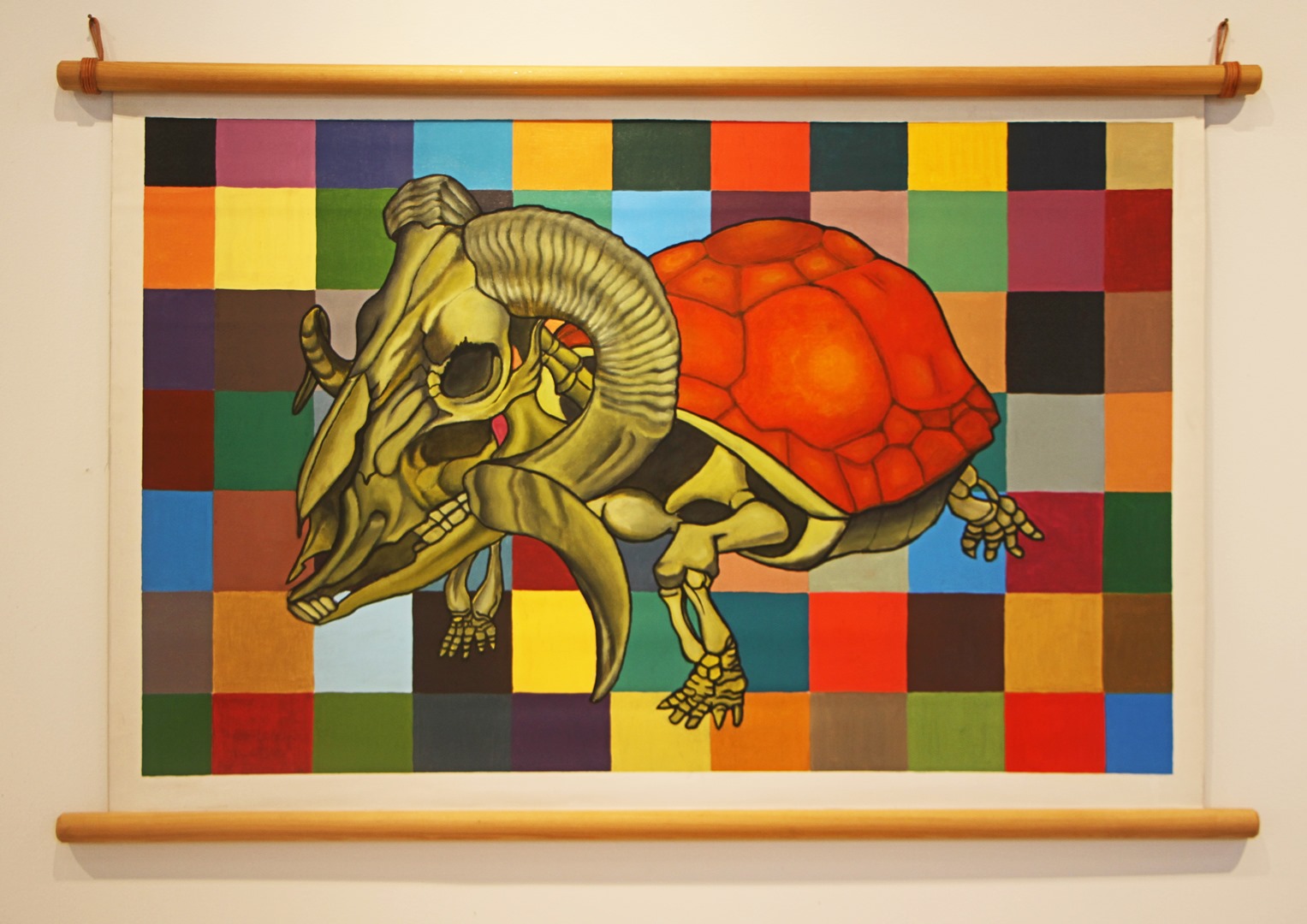 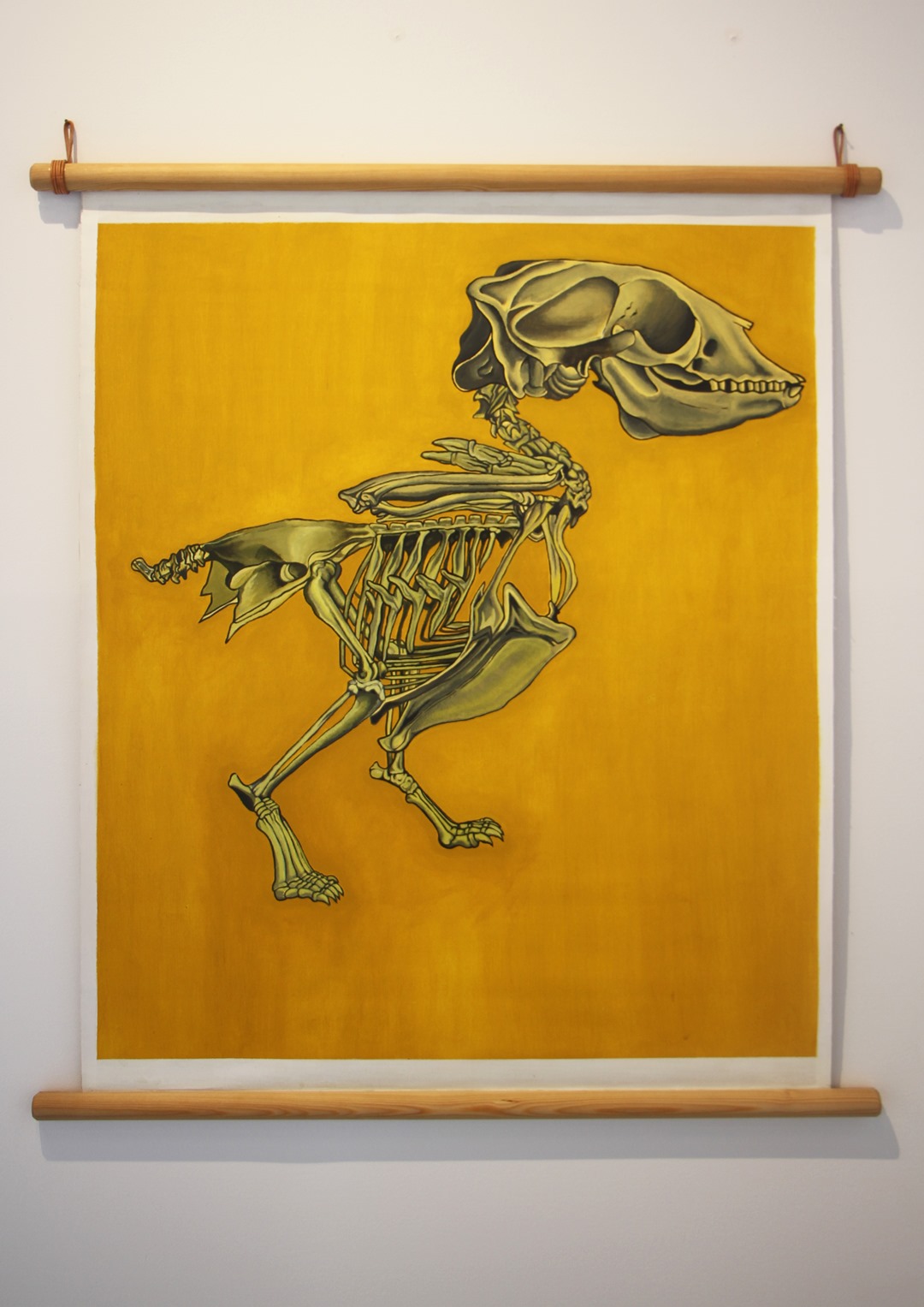 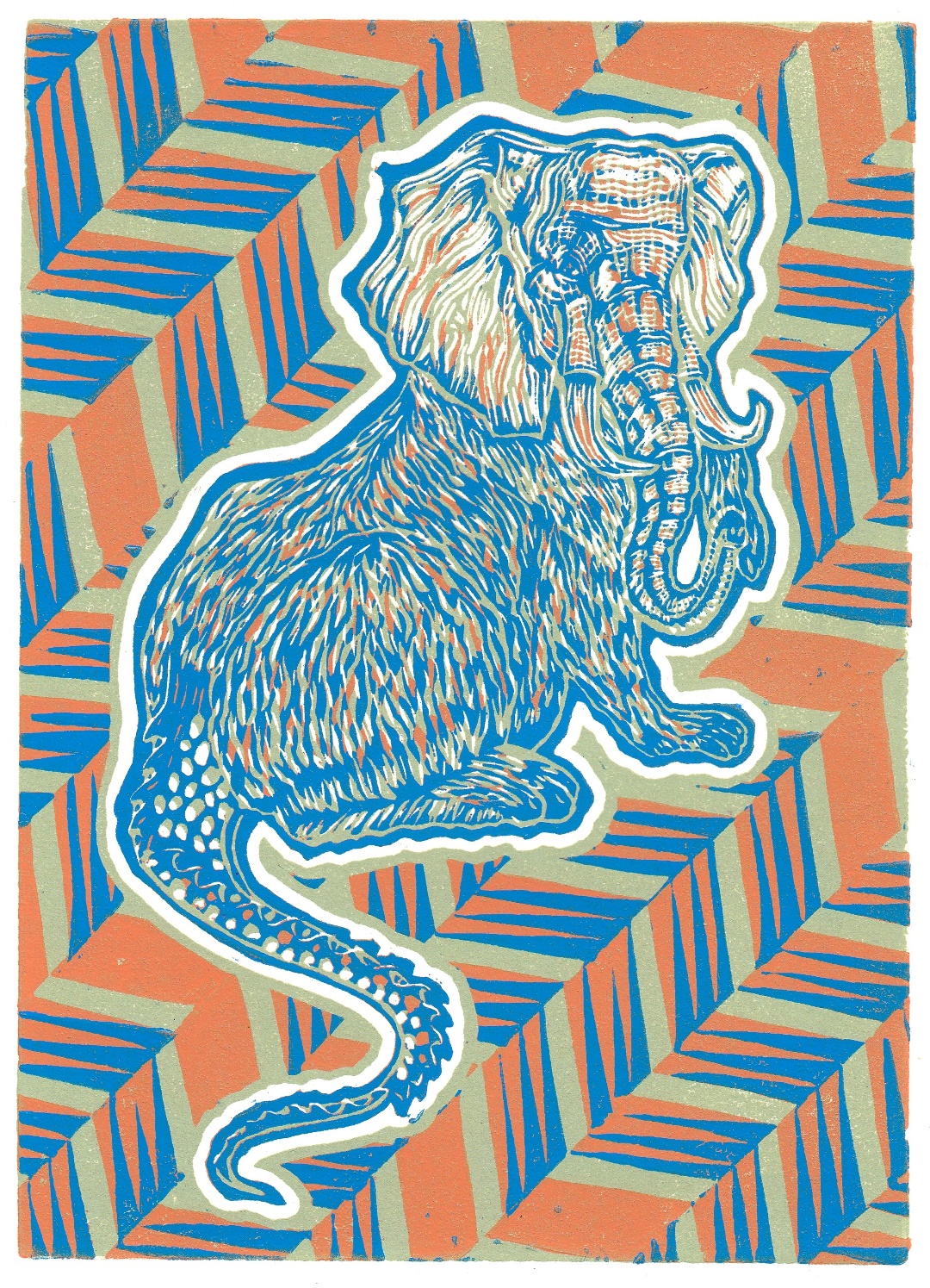 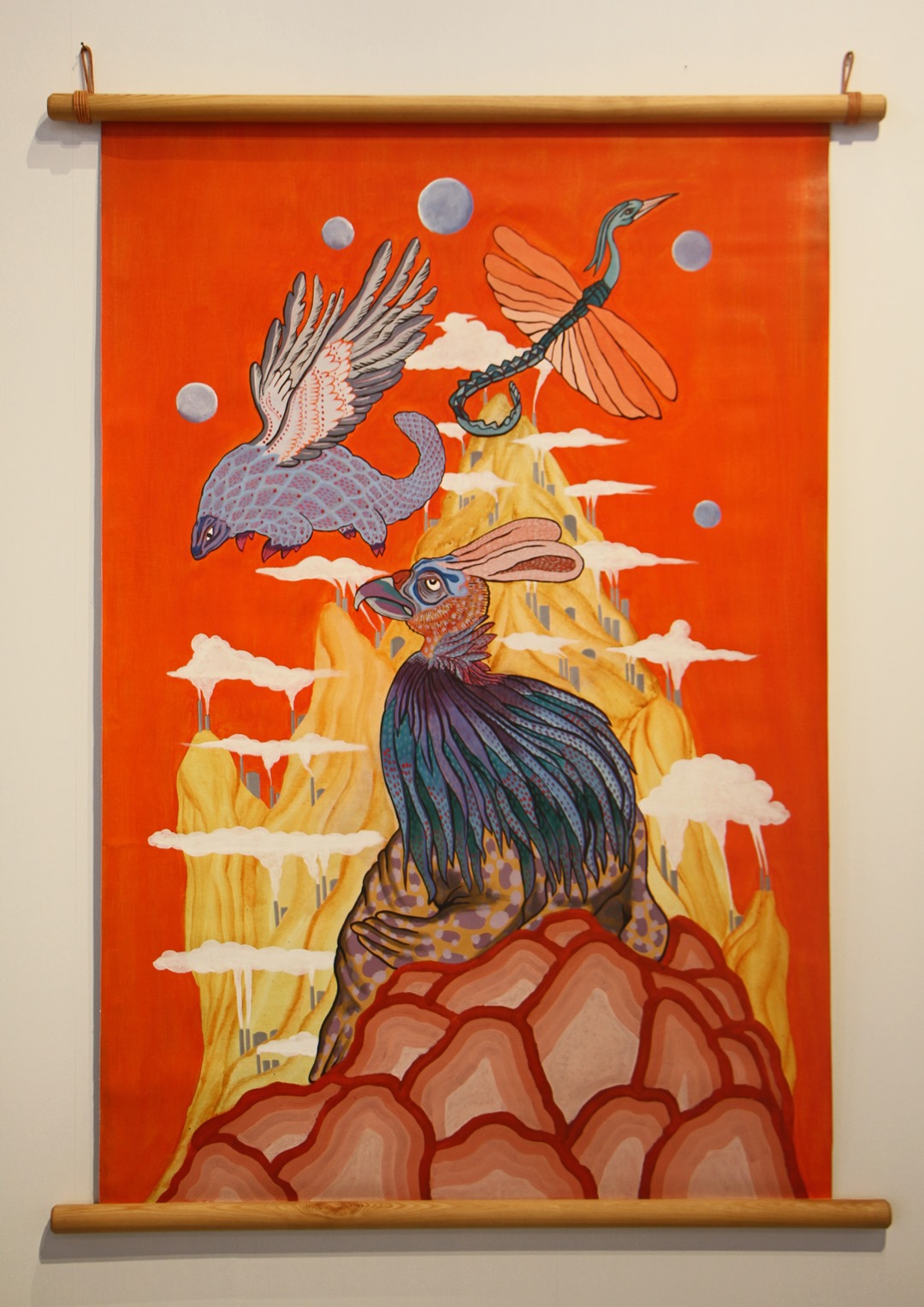 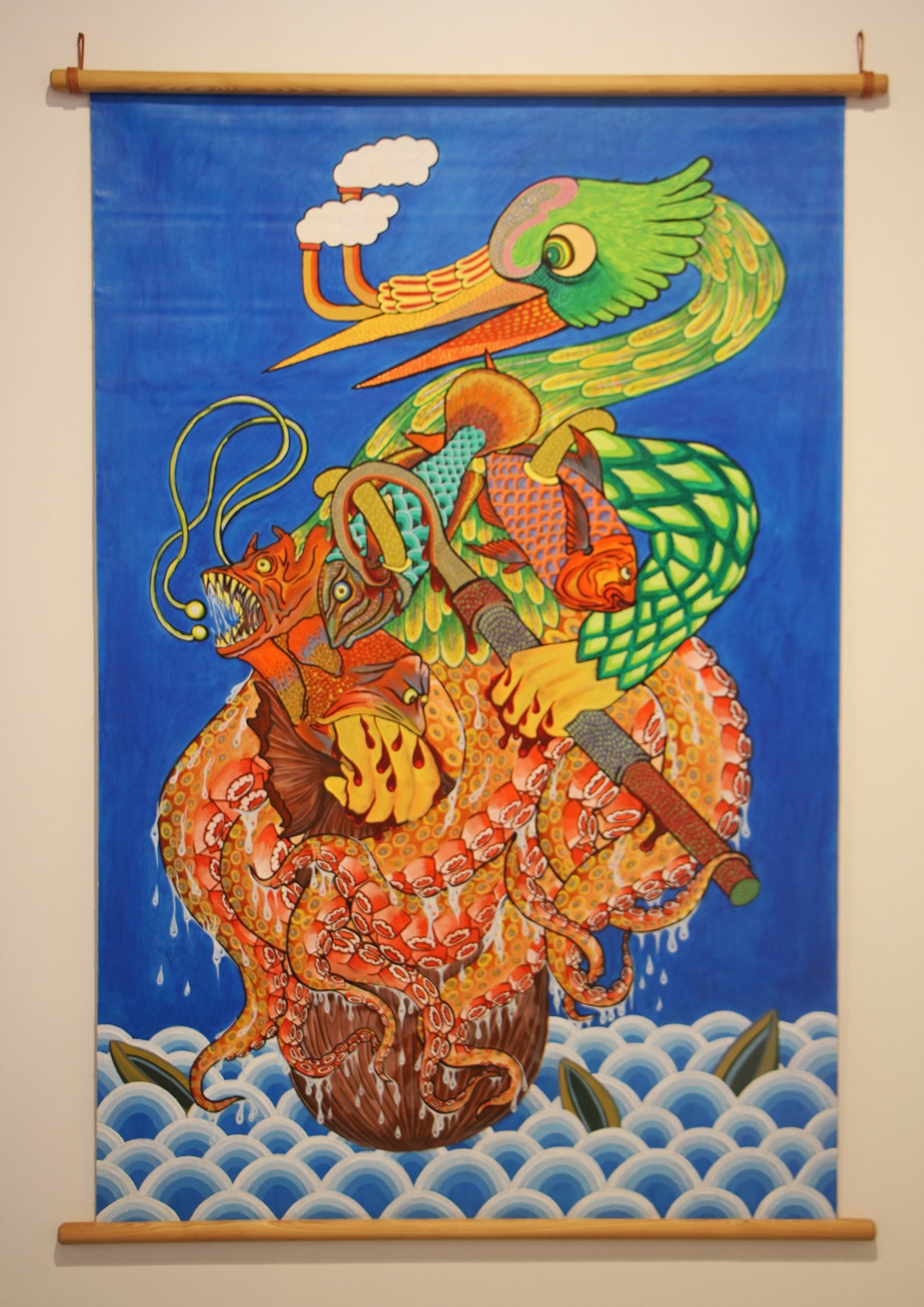 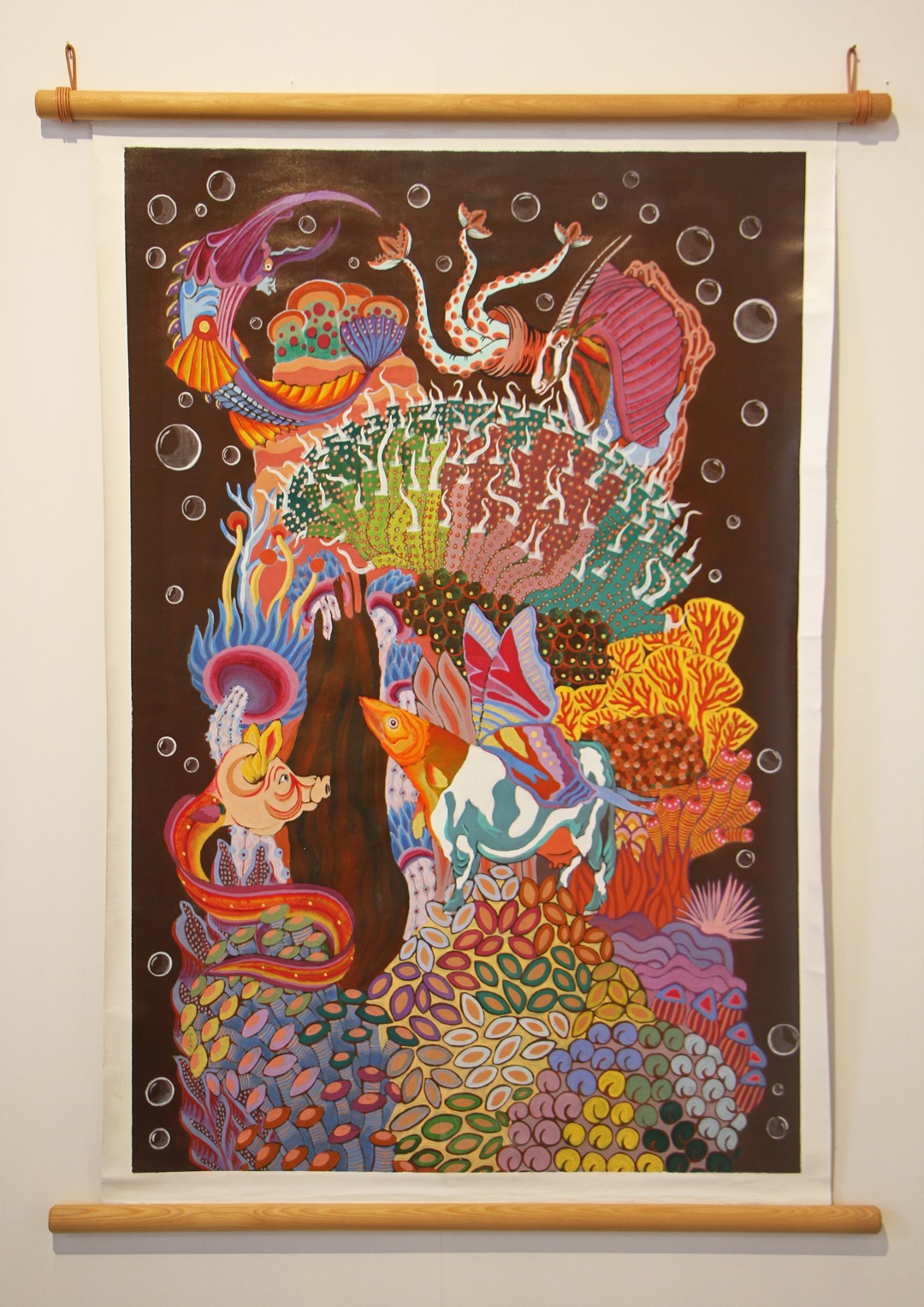 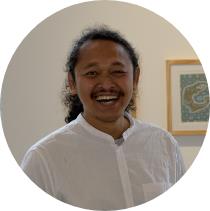 Herlambang Bayu Aji is a visual artist as well as shadow puppeteer, originally from Indonesia, living in Berlin since 2010. He works with various techniques and art genres such as shadow puppets, paintings, education art, installation, and graphic art. He started his artistic education in Fine Arts at the Universitas Sebelas Maret Surakarta in Indonesia and continued at the Institute for Art in Context at the University of the Arts, Berlin. In 2005, he founded his shadow puppet theater, Wayang Rajakaya, for which he built his own shadow puppet characters and mostly wrote the stories himself and collaborated with various musicians for it. The interdisciplinary work with shadow puppets is of particular interest to him. Coming from the visual arts, the artist has found a way to create images that have gained another dimension due to their theatrical element. By playing with light, music, and the cut-outs of the figures on the shadow screen, the artist creates graphic images of the Wayang Rajakaya.

Since 2016 the artist has working on a series of works titled Animalgination. Animalgination is executed in linocut using oil paints on paper, painting with acrylic on canvas and an installation of paintings, papercuts, paper mâché, sounds and various natural materials. After ‘Animalgination’, the artist now wants to work on imagined plants, or ‘Plantasy’.