Lakshmi Nivas’ Scrambled eggs for breakfast attempts to look into one of the most complicated relationships of a human with a non human – the politics of domestication. ‘Who domesticated whom and why?’ as a question continues to be elusive. In that nature it only opens up the vagaries of human’s history within  human societies, with the non-humans and the landscape.

The stage is always set. However, it has a lyrical beauty of fluidity and the characters are ephemeral.  The sonority everyday reaches pitching high and meanders between multiple forms of decibels with long intermittent silences. The gestures are extravagant and subtle at the same time. Worth noting is tiptoe. Tiptoe is a very sensuous gait, layered with a bit of caution, a bit of nonchalance and sometimes comical. There is also a fair bit of intense ogling deep into the distance. Traces in the distance do not just disappear, but are keenly noted and stored in a registry of sorts.

Fatima bibi understands the gravity of this theatrical stage. There is something utterly beautiful in the the wisdom of her clan. Following closely on the heels of Fatima bibi is Mohanlal, each drawing legitimacy and access to power over the clan from each other.

A day in the stage is always momentous. There is always an act of food, war, nourishment, cleansing, sleeping, sex, delivery, talking, care, isolation, lingering, forgetfulness, brooding and death. The drama always unfolds at the dusk, when the eyes lose the capability to perceive darkness. The day draws to an end…very peacefully. The dusk is a moment of confusion – it can confuse the heart and it can confuse the intent. In that moment when the light is unintelligible, how does Fatima bibi and Mohanlal put to rest the vagaries of daylight. How is it so easy? How is it at that moment of dusk, hierarchies submerge, genders disappear, power irrelevant, and death is just like a whisk of air?

Eavesdropping into a midday conversation of the clan, there is a sense of utter loss in comprehension in that wonderful moment of siesta. They could almost imitate death in that posture. Everyday! How is it that they can fathom death and the human is still clasped into the tall belief of immortality?

Apparently, eons back, Mohanlal whispered a story in the ears of a dog. The dog refuses to divulge that story. Maybe the human is too naive to understand that story. You see the dangers of curiosity of a human mind can have debilitating impacts. This curiosity is often cooked with a sprinkle of greed and a sauté of mistrust. And hence it took a metal fence, two gates, few aluminium plates, two water bowls, a handwoven bamboo house and three characters with names to connive this story. The rest of the clan and all the other innumerable clans in different neighbourhoods fortunately did not get names and identities and with that a significant amount of history and ancestry escaped from the human’s narrow perception. Alas! This can never be a complete story.

Figments meet and collide, remains are smeared into the soil, death like a breath of air, perplexity a constant endeavour, ignorance a curse and estrangement will never be the ‘forest’.

Sometimes Fatima bibi and her clan are slightly baffled at their roles with the humans. They are still not sure if they asked for a relationship. A different sort of perplexity sometimes moves through the hollow corners of the human mind. They still do not know why they wanted Fatima bibi and her clan. This clan has innumerable allies beyond the human and the human definitely is the most confusing ally for them. Sadly the human is a lonely creature with no allies, but needs an assistance of a metal fence and two gates to make allies.

There are never complete stories, there are no complete storytellers. There are mementos to deify and honour death, and unfortunately Fatima bibi, Mohanlal and the dog are no longer edible. 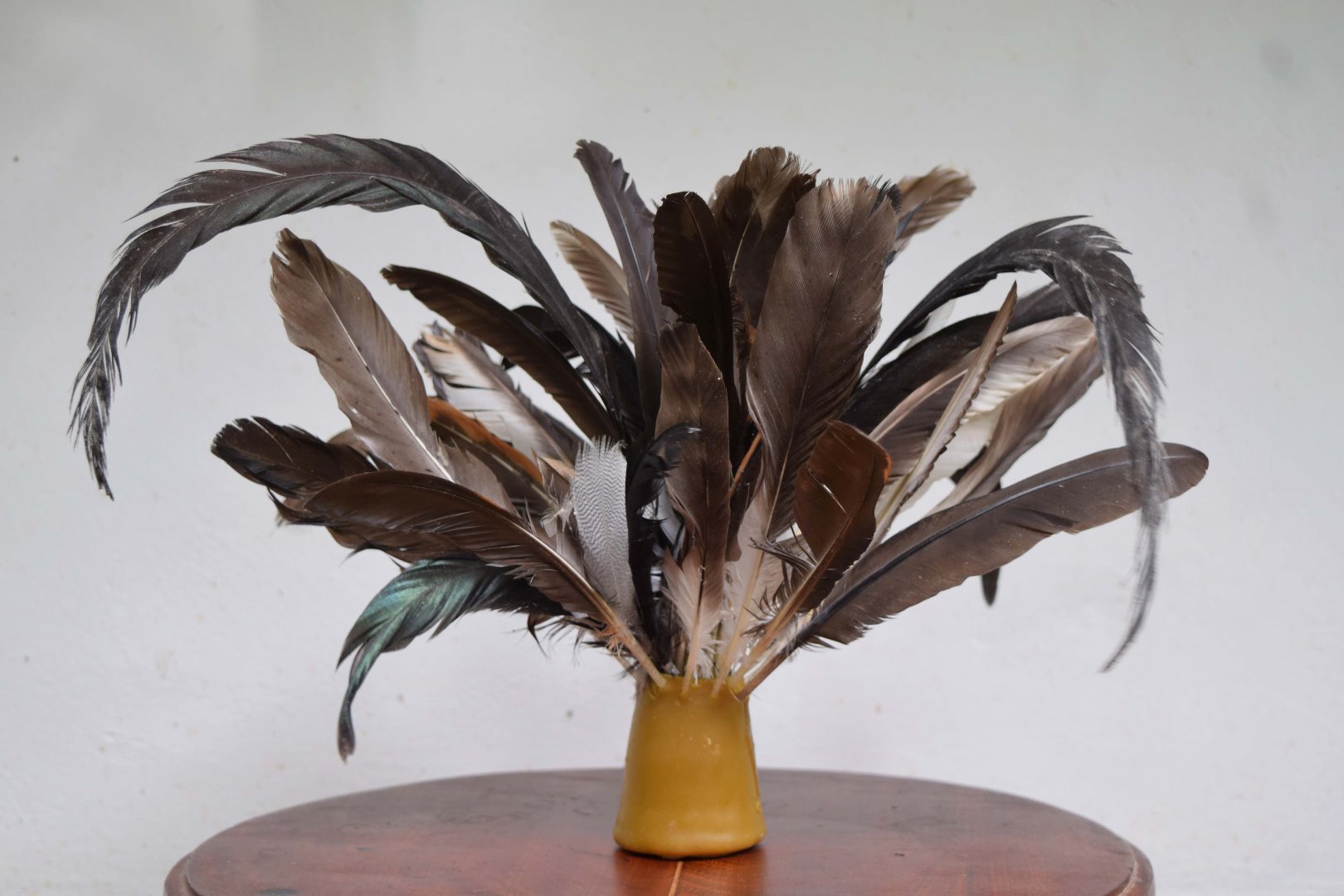 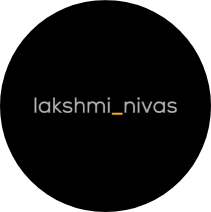 Lakshmi Nivas is an interdisciplinary space founded by Namrata Neog (anthropologist) and Sunoj D (artist) in 2018 based out of Parudur, Kerala India. Lakshmi Nivas’ works mainly emerge as interventions through the philosophy of how to think like a forest. Their collaborative interventions are mostly artistic and anthropological, conservation and experiments in food. Their works emerge from everyday negotiations with the non-human.

2020
What will the bees spill that the air could not hold?, New Adventures in Vexillology #6, curated by Thomas and Renee Rapedius, Art Association Amrum, Nebel Beach, Germany

2021
Aligned by the sun, a collaborative project with Ghost of a Dream by Lauren Was (she/her) and Adam Eckstrom (he/him) 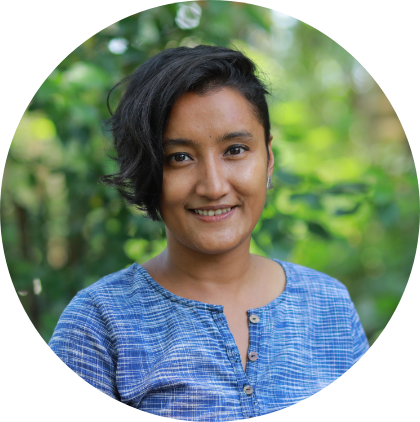 Namrata Neog is trained in history, archaeology and anthropology from Delhi University India and Cardiff University UK. Her work majorly revolves around inquisitions of human/non-human negotiations in the landscape and the politics of seeing. She was the recipient of the Cyril Fox Award, Cardiff University UK that supported her archaeological/anthropological research work in Serbia 2013 -14 for the Neolithic Copper Project in Serbia for EU. She was earlier part of the London Archaeological Archive and Research Centre in Museum of London (MOLA) as an archaeologist 2013 – 14, the Institute for Archaeology, UK 2012 -15 and National Museum, Belgrade Serbia 2013-15. Some of her published works include co-edited book See-Saw-Scene, 2017, Ministry of Culture, India for her anthropological research work on the Gadabas across Chattisgarh, Orissa and Andhra Pradesh; Speak Up! Social Awakening in India, 2013, Germany; contributing writer in Himalayan Bridge, 2015, India. 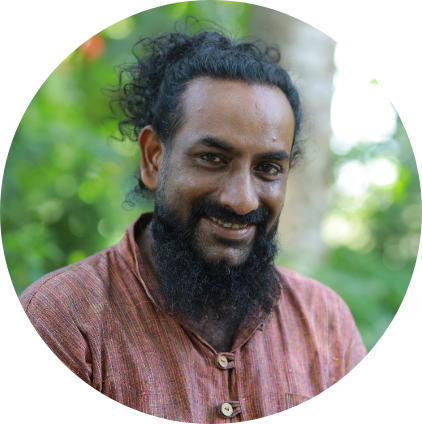 Sunoj D is a contemporary artist, having graduated in painting from Chitra Kala Parishad, Bangalore and a post graduation in Printmaking from Bangalore University. His works are a reflection on the politics and fluidity of meanings in materials which stems from a critical engagement with the landscape and the myriad relations that shape it. His selected solo exhibitions include: Today—Yesterday’s Future Tense, Zilberman Gallery, Istanbul, 2018; Romanticized Objects From Drunken Nights, Exhibit 320, New Delhi, 2016; A Forgotten Carpentry Lesson and a Love Song Gallery SKE, Bangalore, 2013; Between Land and Sky, Grosvenor Vadehra, London, 2009. He was part of Whorled Explorations, Kochi-Muziris Biennale, Kochi, 2014; “Konkret KONKRET?”, curated by Denise Winter, GKG, Bonn, Germany, 2021; Vent des forêts, France, 2017; Nakivubo Food Forest Project, Kampala, Uganda, 2015; A.i.R Dubai 2014; Natural History Museum, London, 2012; When you watch them grow…, National Museum of Natural History, New Delhi, 2012; A.i.R Gasworks, London, 2012.