A new-born baby, sleeping with her eyes closed, dreaming colours fluid like fish. Babies don’t know about anything, they just drink milk, sleep, smile; they only know what they dream.

What do elephants dream? What did I dream about when I was a baby?

Where have the colours that coursed through my body gone? It is now filled with only one colour, the colour of blood. But I want to find the other reds and blues and yellows and greens and browns that flowed through my new-born plant-like mind. One that couldn’t think, one that just saw colours, and smiled.

When I showed my image of the baby with the colourful fish to an older person, she remarked that the baby reminded her of the Bhopal gas tragedy. There was an iconic photo taken of a dead child being buried after the world’s largest industrial tragedy. It was caused by the Union Carbide pesticide plant’s gas leak in December 1984, in the city of Bhopal; it killed 8000 people within days. Over the following weeks another 8000 would die. The number of people who suffered permanent injuries was approximately 600,000. Now, nearly 40 years later, babies are still born with congenital defects because of the effects of that poisonous gas. This person told me she stopped being a child, even though she was just eleven, the day she had seen that photo and understood what had happened.

I do not want to grow anymore; I want time to stop. I want to hold on to the mama-monkey and just be her baby monkey, drinking milk, monkeying around, and dreaming colours fluid like fish. But I now know about that child and my dreams have turned as metallic as blood.

I want to lie next to that dead child and dream her baby dreams forever. 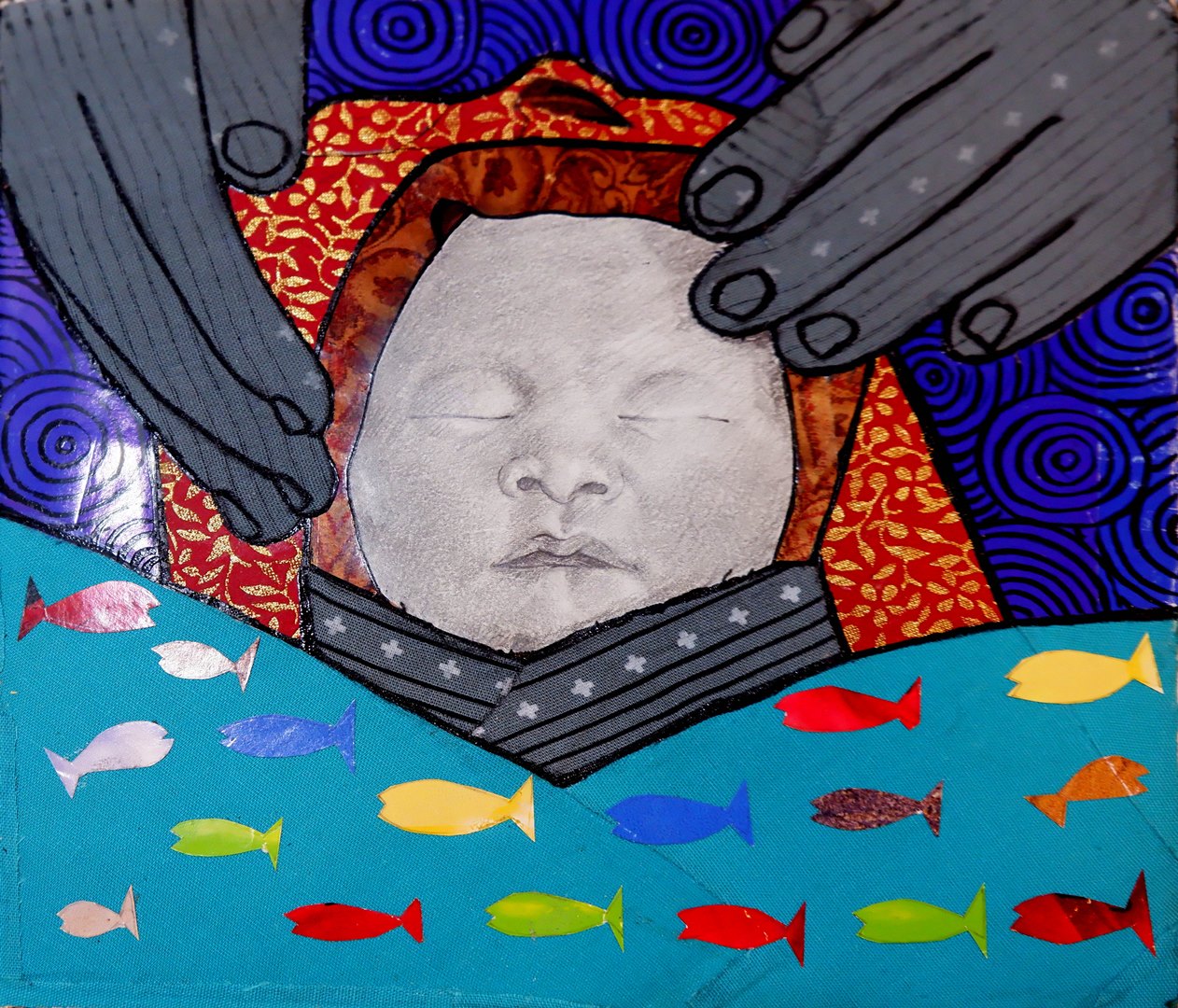 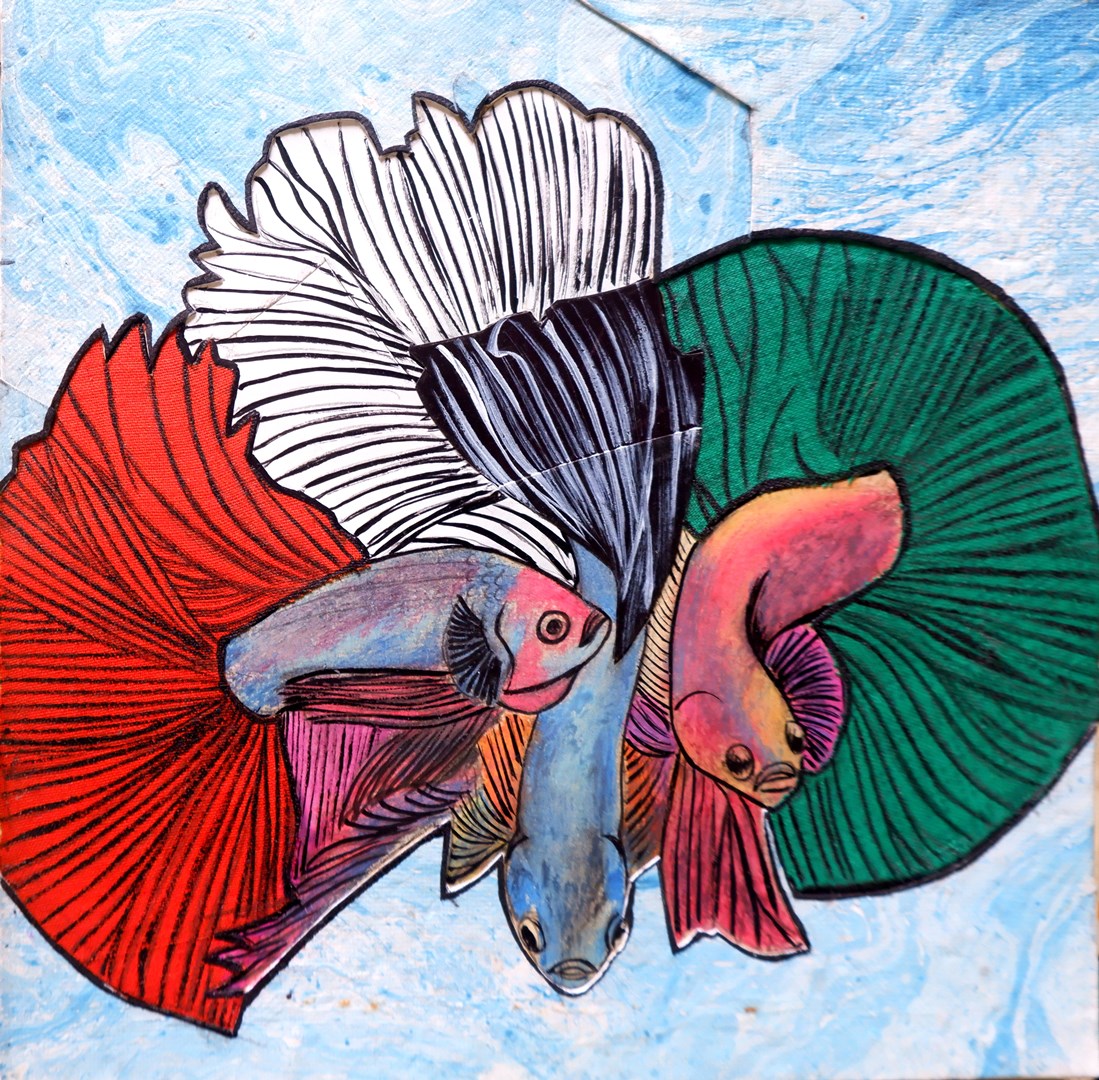 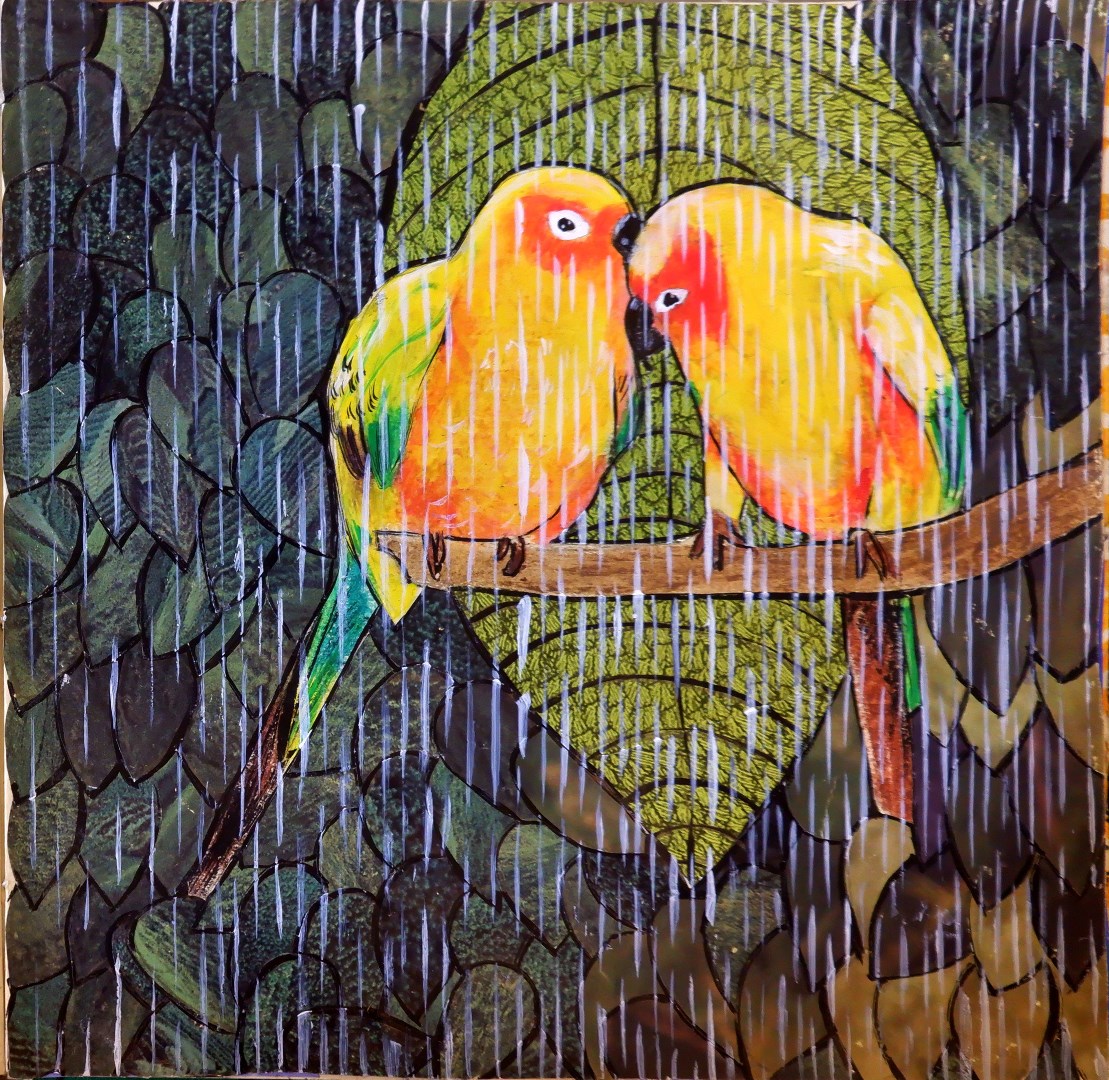 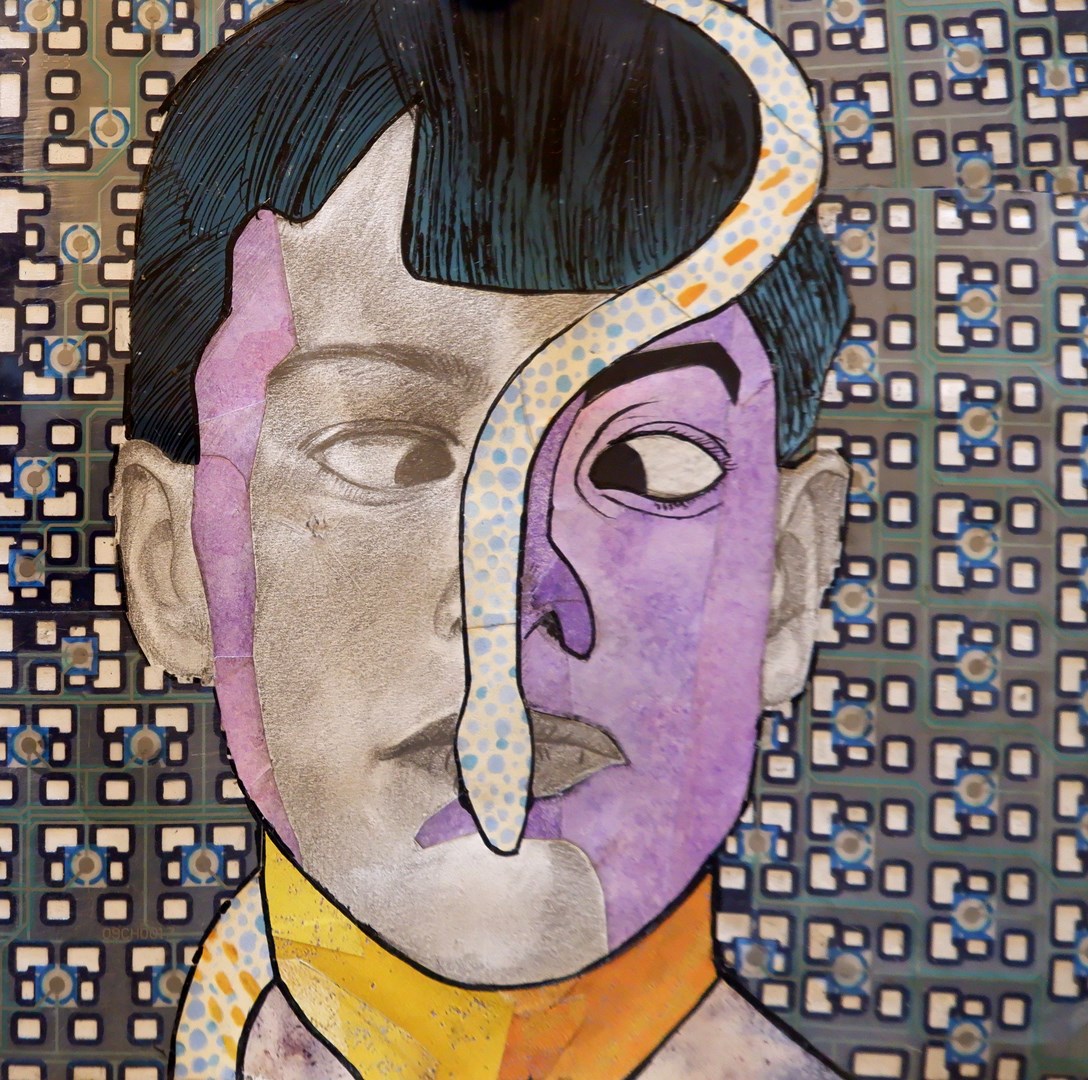 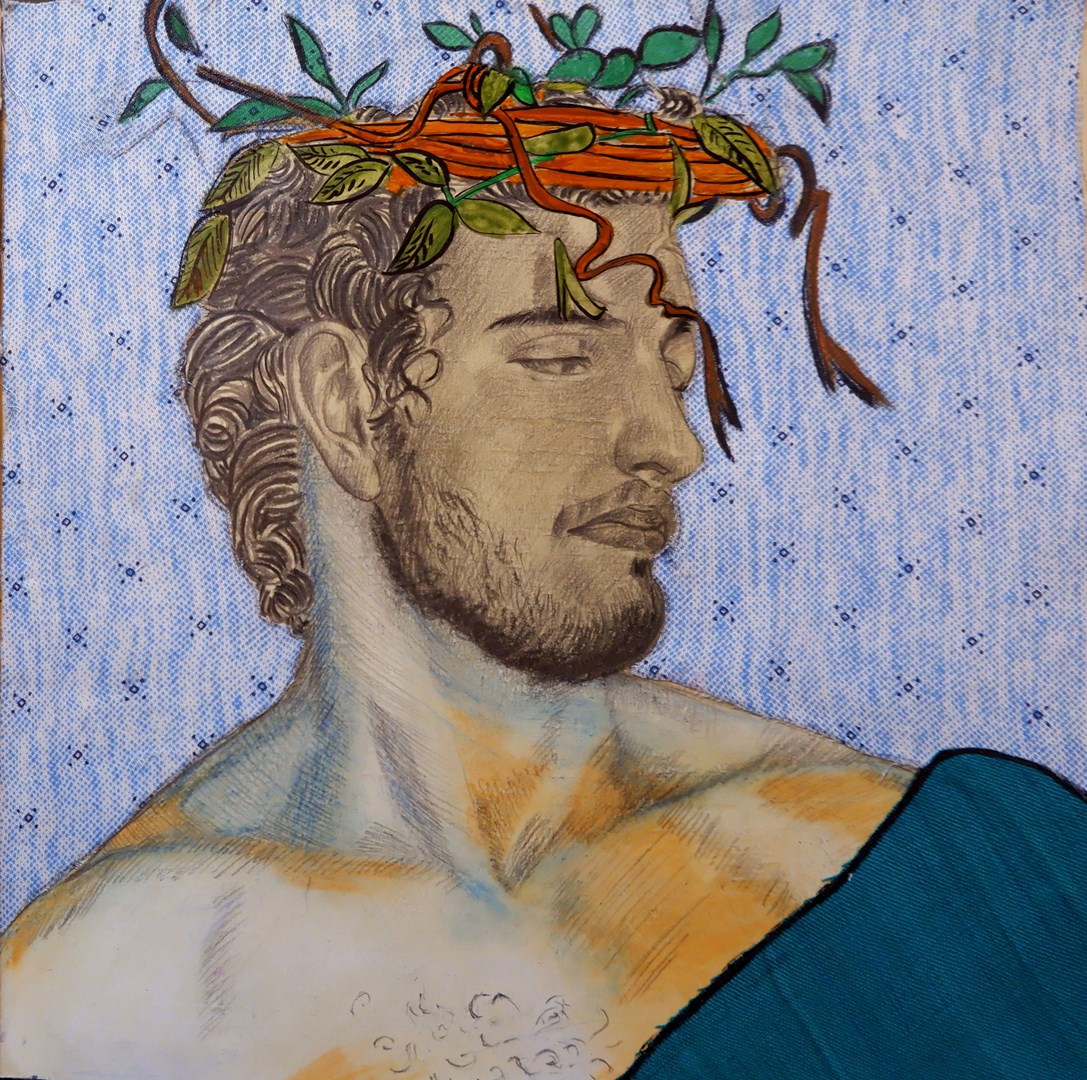 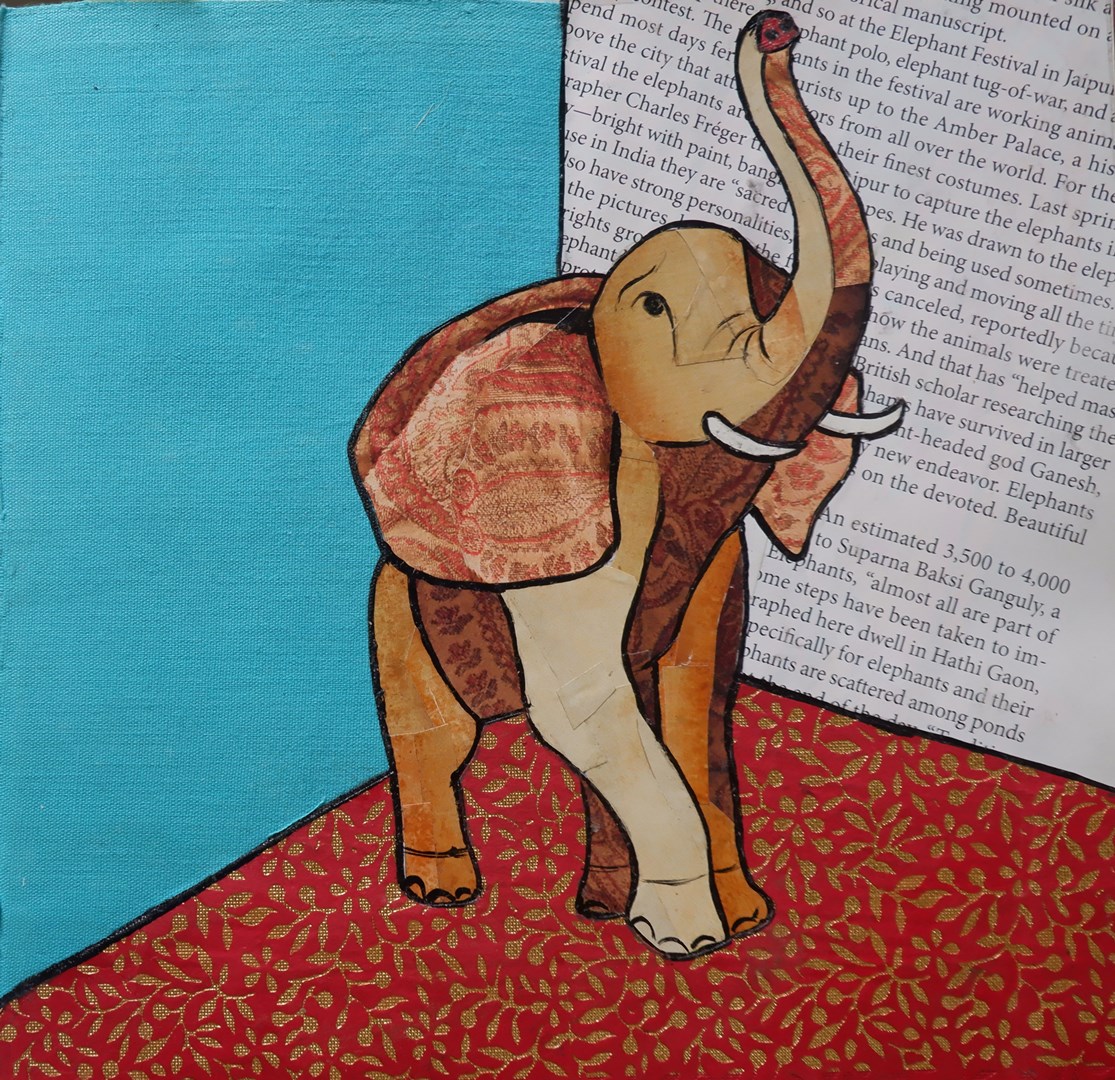 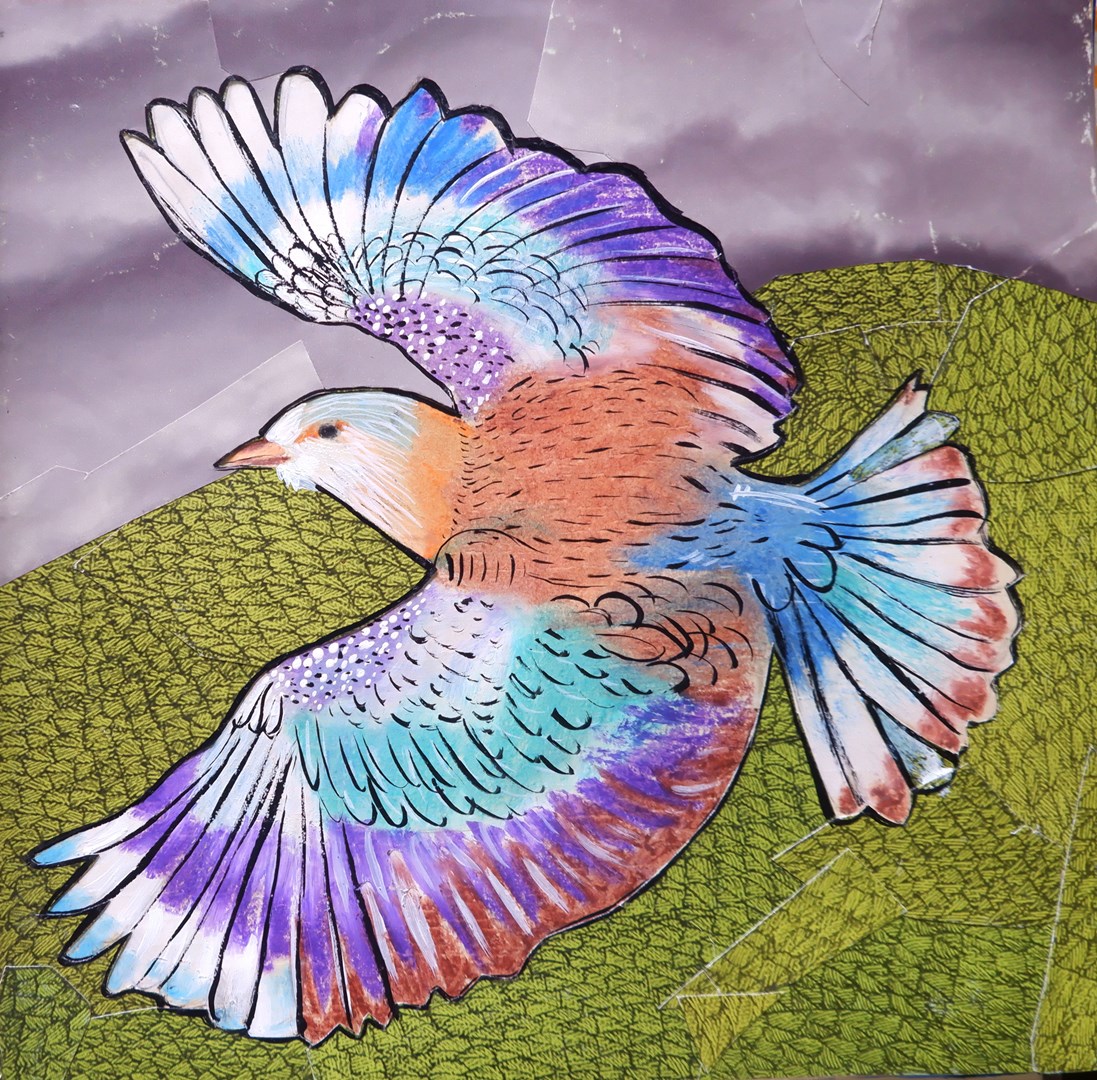 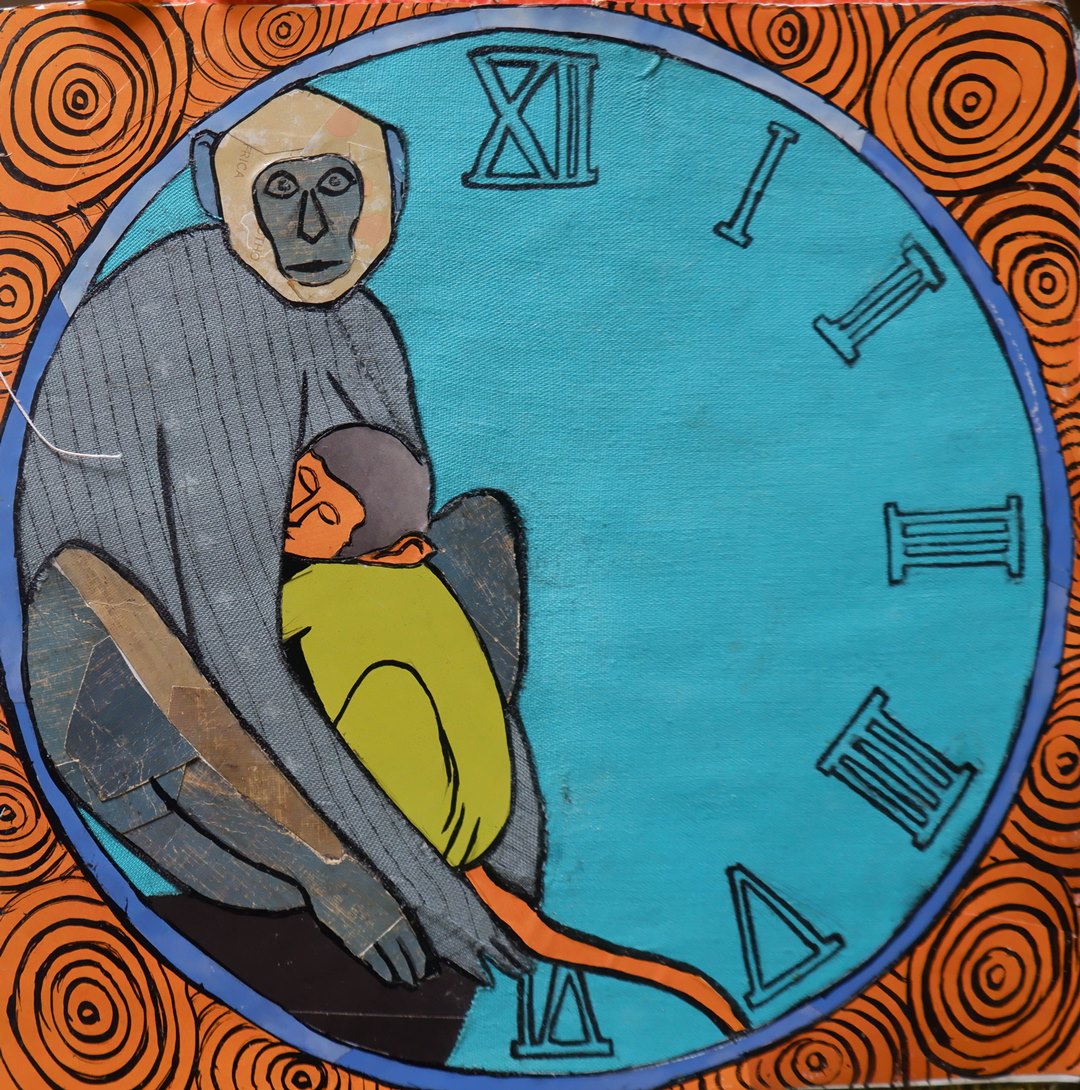 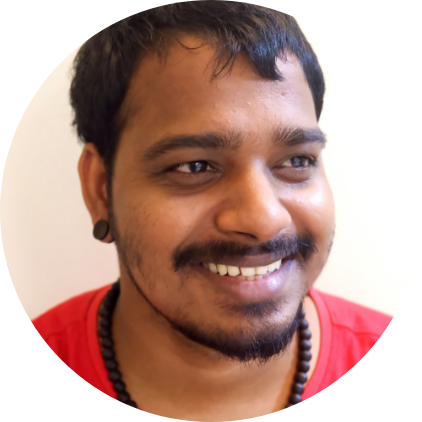 Sk Noor Islam was born in 1994 in the Chetla area of Kolkata. He attended a government school until grade four, after that he studied at Shikshamitra, a not for profit organization working towards an equity pedagogy and sustainable learning. Shikshamitra – this educational resource centre which was Noor’s school – helped him discover his passion for art and made it possible for it to bloom. Art was central to Shikshamitra’s curriculum, and Noor’s began to take shape there. He was drawn more to images than to the writings in books and spent his time copying the portraits of great men from his books and the goddesses on the calendars of the classroom; doing this made him feel happy.

After a few years, Noor joined an art school and learned the technical aspects of proportions and pencil sketching. One of his acrylic on paper was displayed at the students’ art exhibition, at the American Centre, in 2016. His collages were displayed at the following art exhibitions: (1) ‘Aesthetic’, at Birla Academy; (2) Art exhibition for charity, at Red Kitchen and Lounge (resto-bar), both in 2016, and (3) at ‘Reverie’, at Birla Academy, in 2018, where he was part of three young artists’ exhibition. Noor also works in a bookstore for sustainable and alternative living, plays the guitar, and is now training to be a tattoo artist.