Banna in the Room

‘Banna in the Room’ is a revisiting of the 1971 documentary film ‘An Elephant Hunt’ based on true events. In 1970s, when the Shanghai zoo sent a team to Xishuangbanna rainforest (Colloquially “Banna”, a Dai Autonomous Prefecture located in the Southwest China, bordering Myanmar) to capture a teenage elephant back for the purpose of exhibiting it without any knowledge about wild elephants, this turned out to be a huge disaster – leading to the death of five adult elephants. The state-sponsored hunting story turned into a household educational film called ‘An Elephant Hunt’ in 1973. The teenage elephant, called ‘Banna’ (shortened from Xishuangbanna), spent 46 years in the Shanghai zoo. She was ‘matched’ with another elephant from Myanmar, called ‘Bhamo’, and in all Banna gave birth to 8 calves. Banna died in 2018 at the age of 54, remaining the most beloved animal of the Shanghai zoo for several decades. The original film represents how taming wild elephants became a badge, in China, of technological progress and national self-reliance. Enacting the long-ignored elephant voice of Banna and a Dai boy’s story, ‘Banna in the Room’ brings forth the forgotten, and perhaps unfortunate, histories of the socialist construction of human-animal relations. 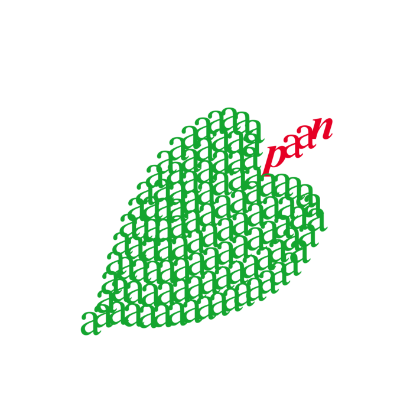 ‘Banna in the Room’ presented by paan is a collaborative work by Chen Xi, Aung and Jiahui Zeng.

Jiahui Zeng works as an editor in several formal and informal publishings, ranging from paan to a series of books focusing on Southeast Asian literature and non-fiction. She is also a PhD student in the sociology department, Tsinghua University. Her research interestes include Indonesia Islam and social movements.

Chen Xi is a post-doctoral fellow at Tsinghua University, Beijing. She received her doctoral degree in East Asian Studies at the University of Toronto. Her current research interest focuses on the trans-cultural conception of the animal  and the formation of interspecies relationships in modern China.