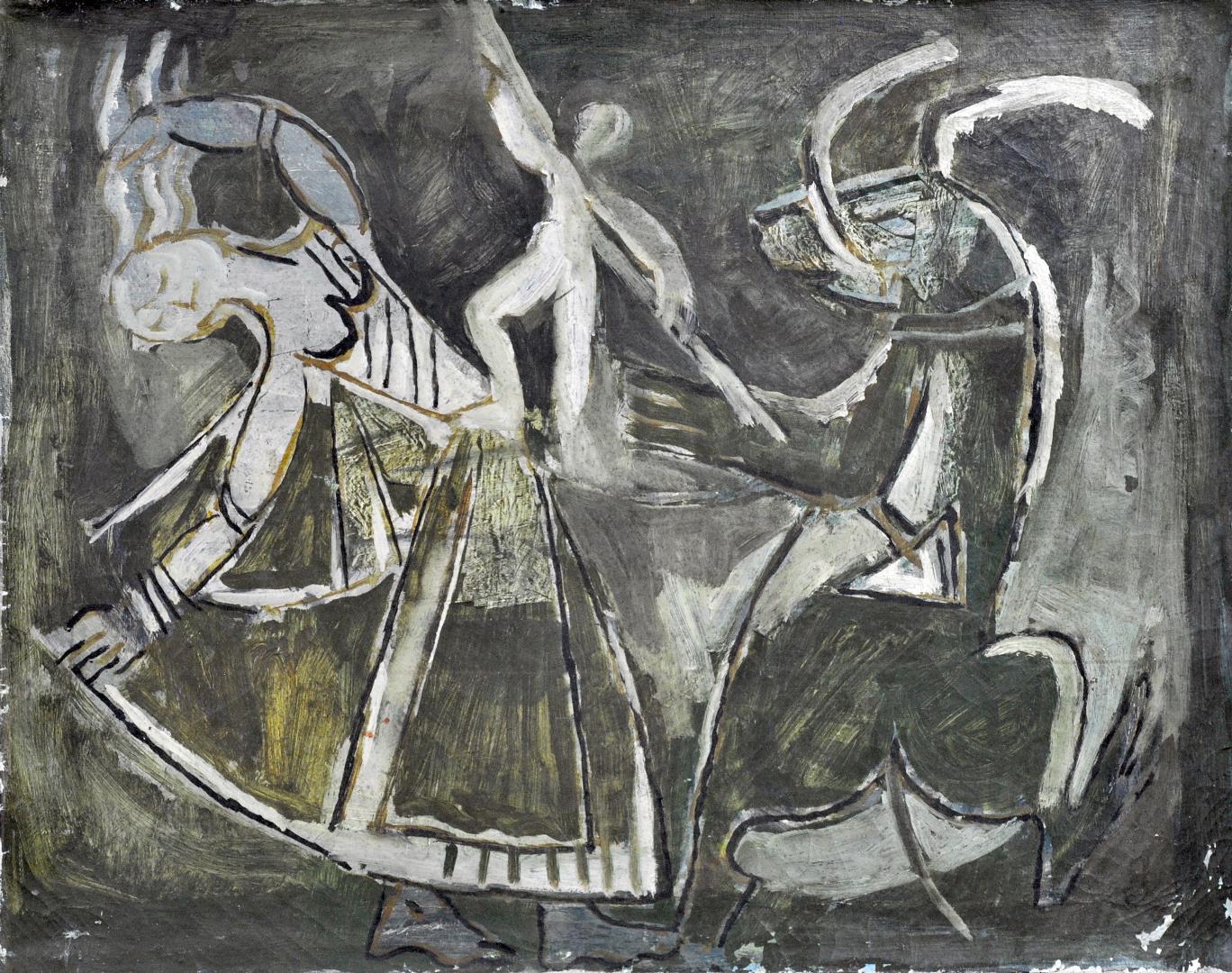 Having lived close to nature and tended to an array of injured/abandoned non humans, even in urban setups somehow Shanu Lahiri’s works seem to organically embrace the other. The works, though not chronologically structured, narrate an attempt to initiate an understanding of the tautly layered transactional nature of being. It is an eclectic selection whose charm lies in its very avoidance of a rigid order. 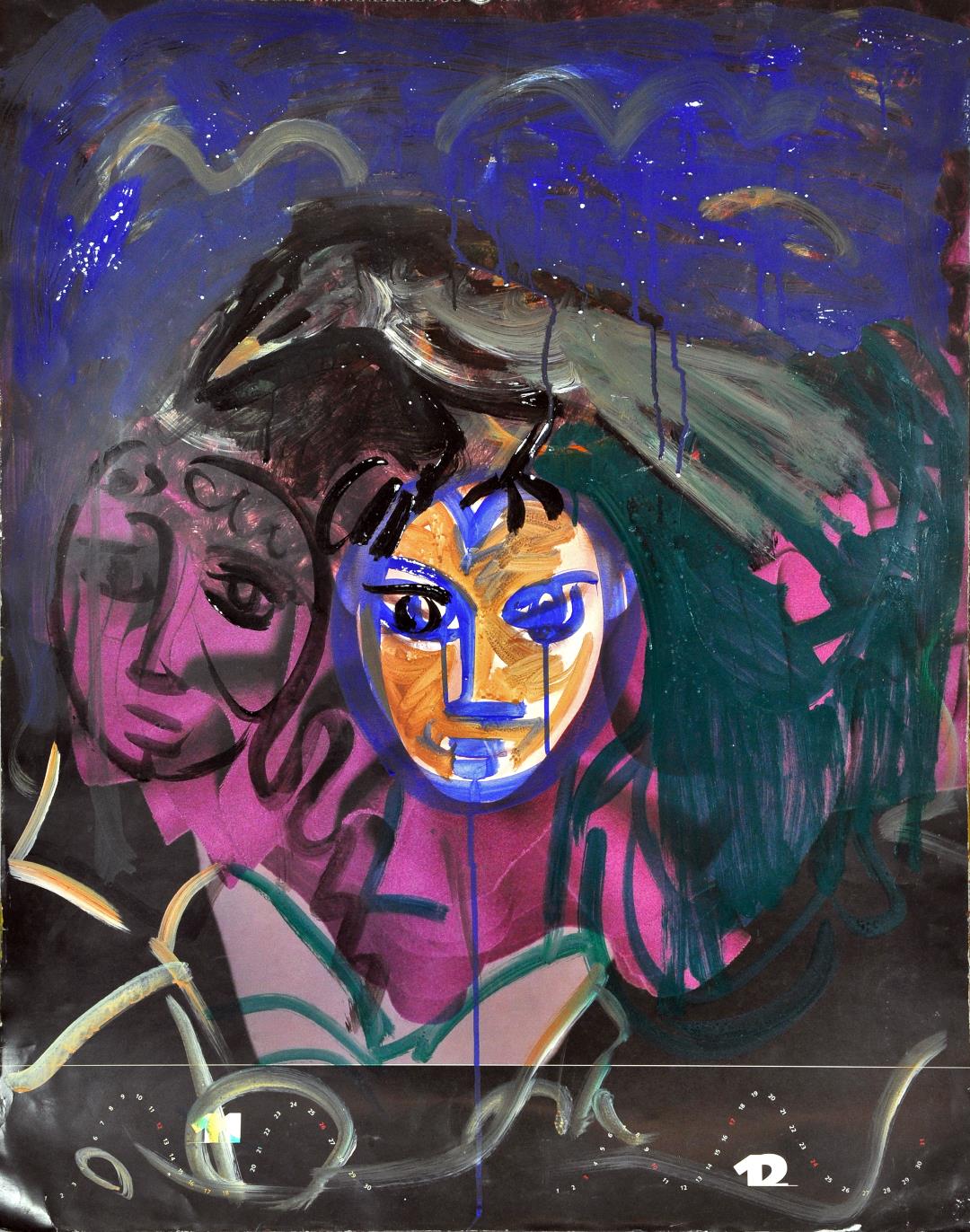 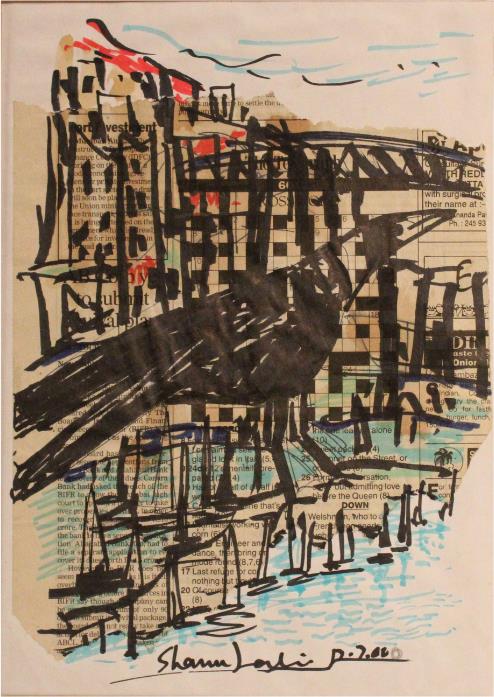 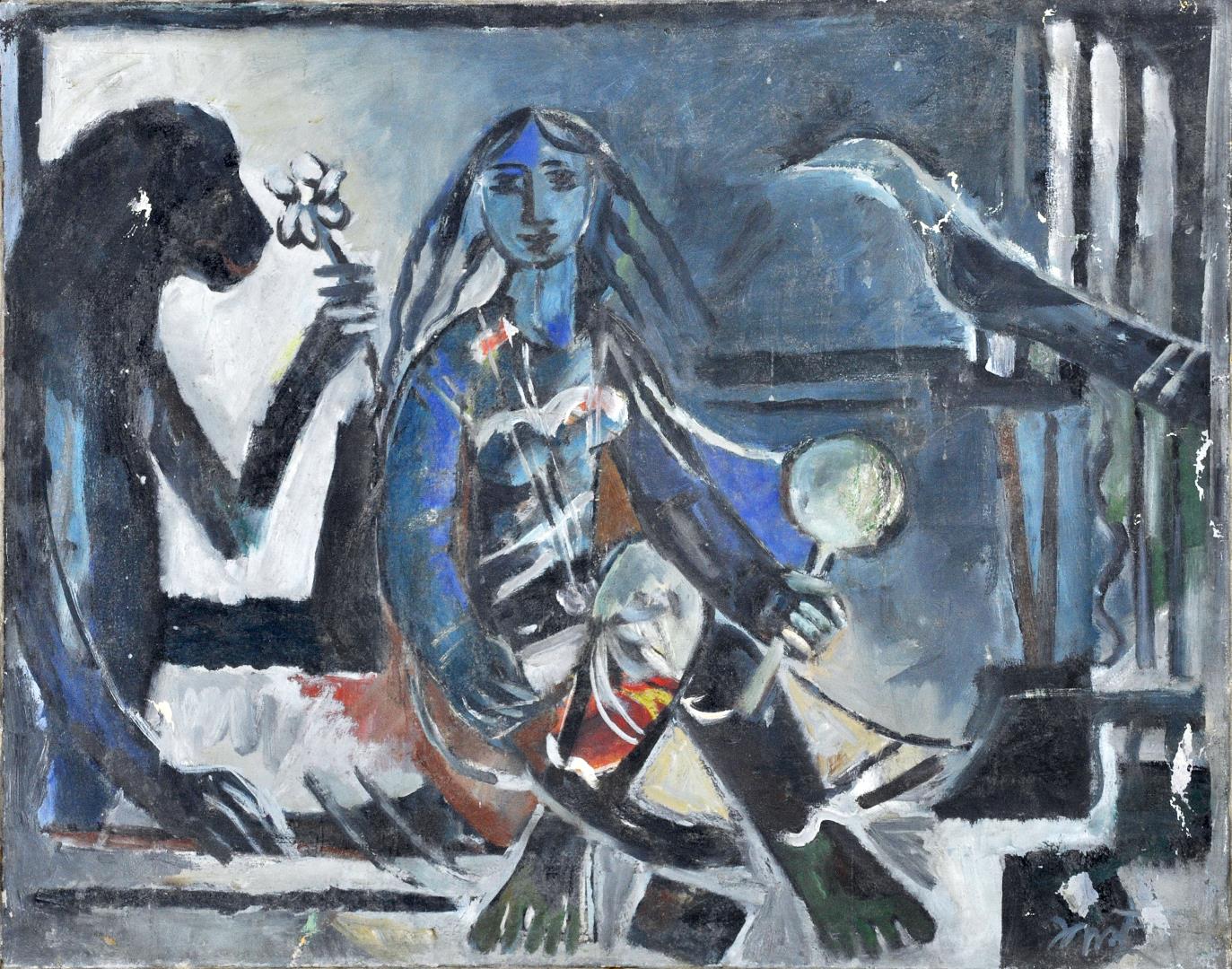 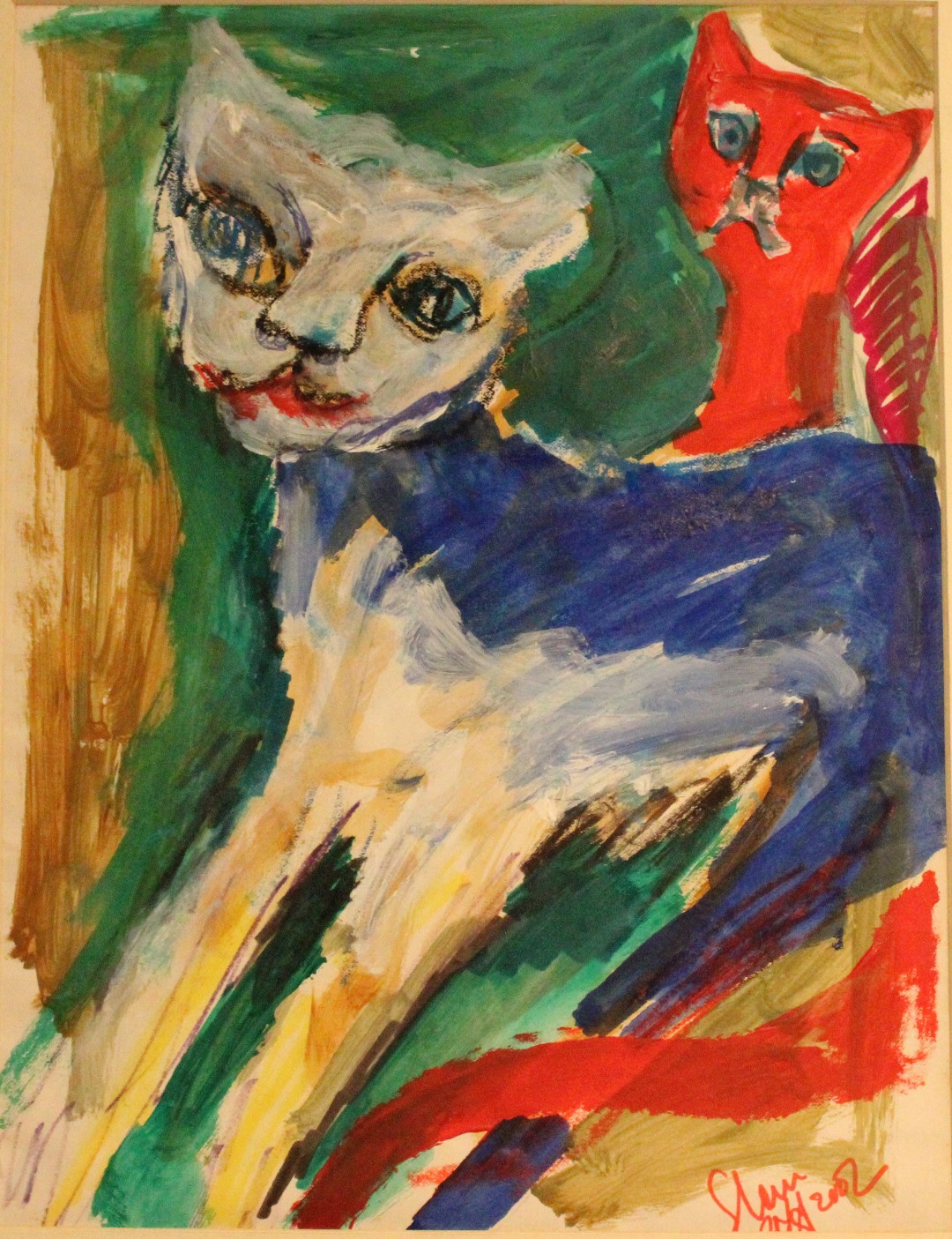 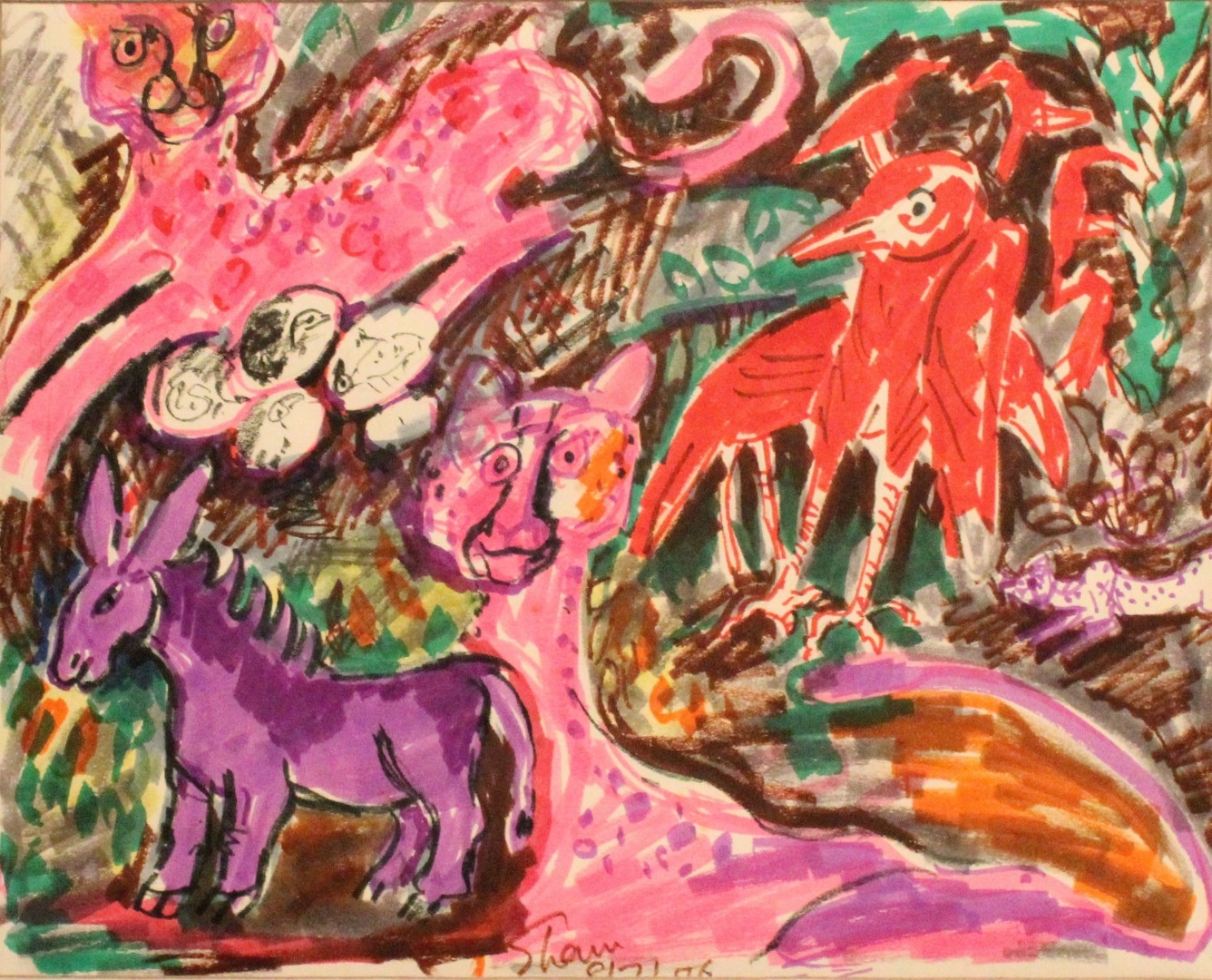 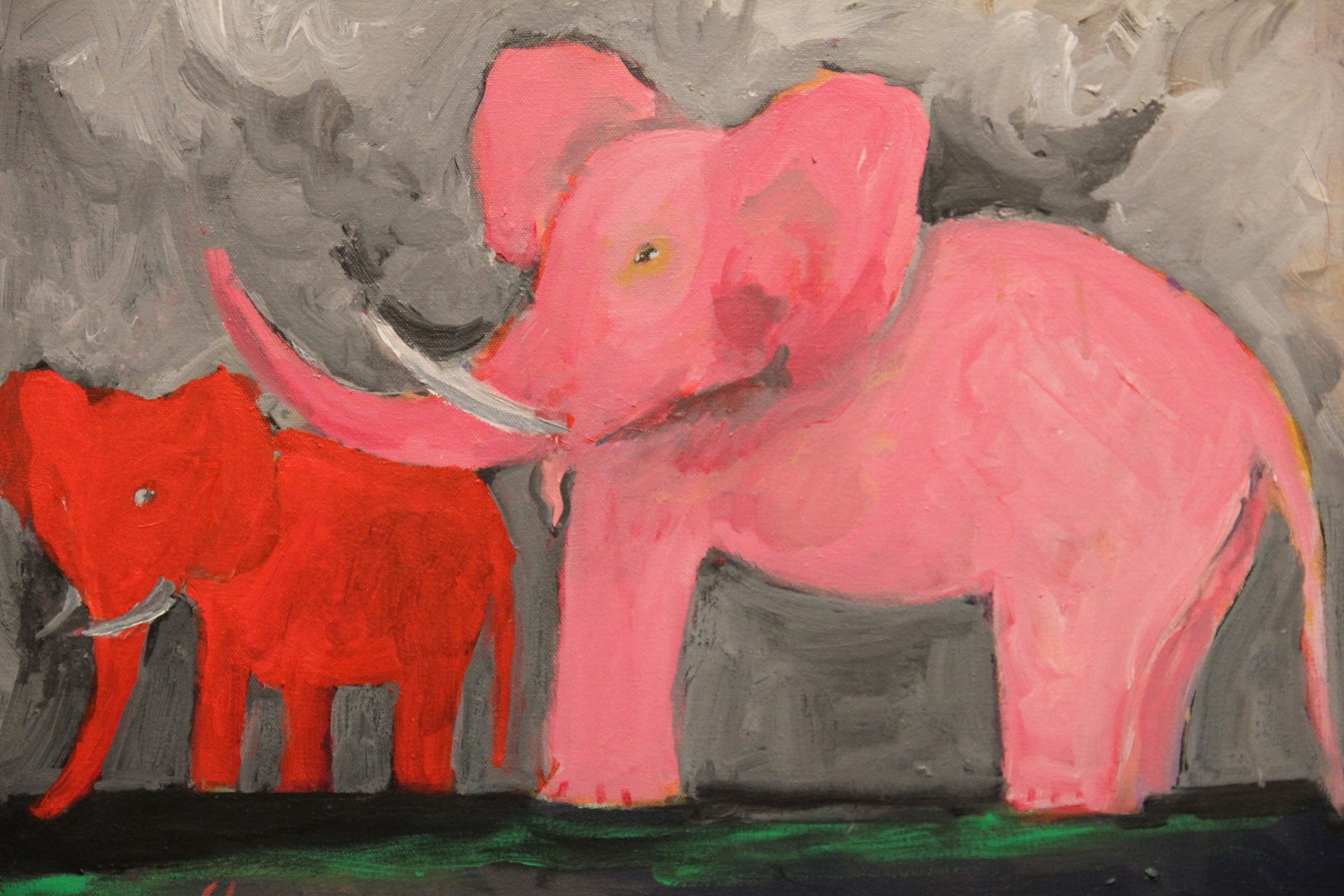 Birds. Monkeys. Blue cats. Pink and purple leopards and elephants, neck-less birds. Owly men or manly owls? Seemingly none of them bound by socially constructed norms. Or colours. Myriad energies working side by side or together. The works perhaps, nourished by bacteria, non humans or the flow of nature. What must the artist be thinking of! 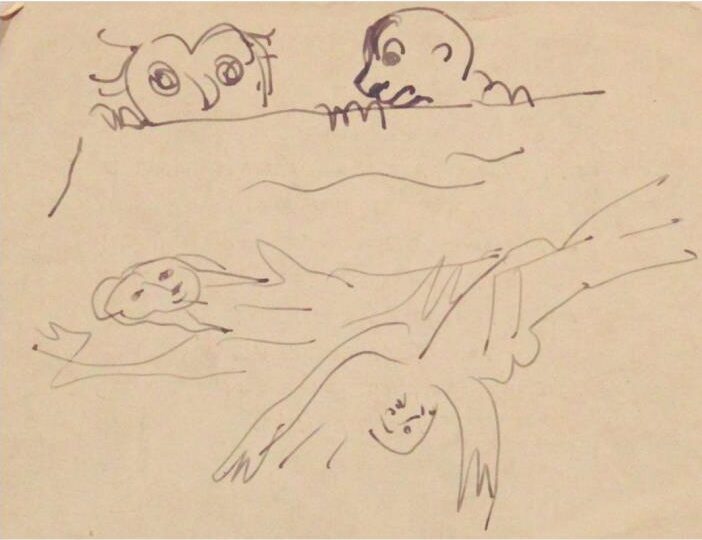 Often through her palate, she allows the viewer a glimpse into her world of distinctive style and imagery – sweeping brushlines, powerful contours, doodles, striking economies of line and tone – all of which blend compellingly with the more real and immediate concerns of co-existence and interconnectedness. Coactivity between humans and non-humans, between non-humans and non-humans, recur in her artistic spaces. An owl and a monkey propped over a wall, watching two humans, echo Lacan’s observation on how the world is an ‘omnivoyeur’: I see only from one point, but in my existence, I am looked at from all sides. 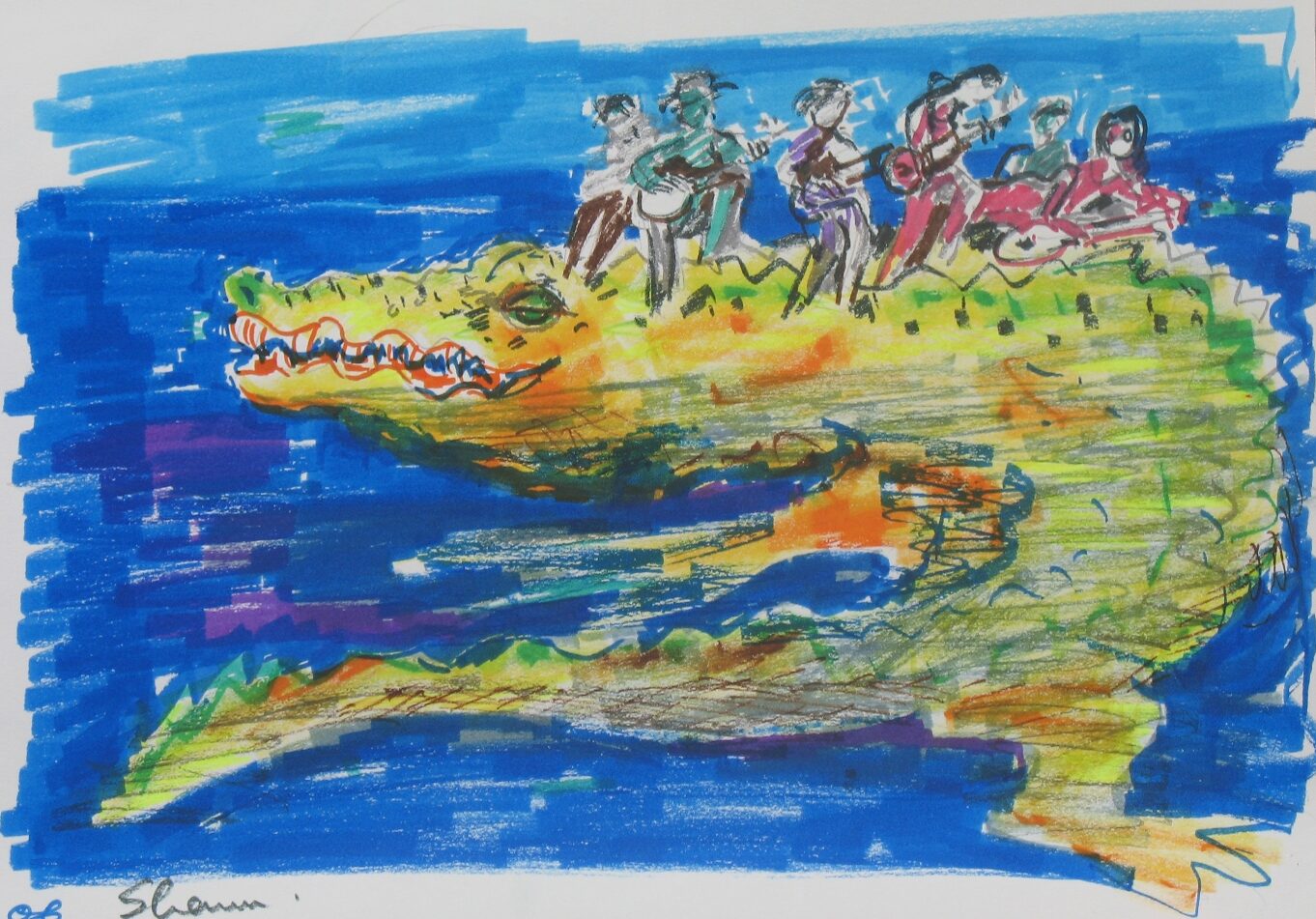 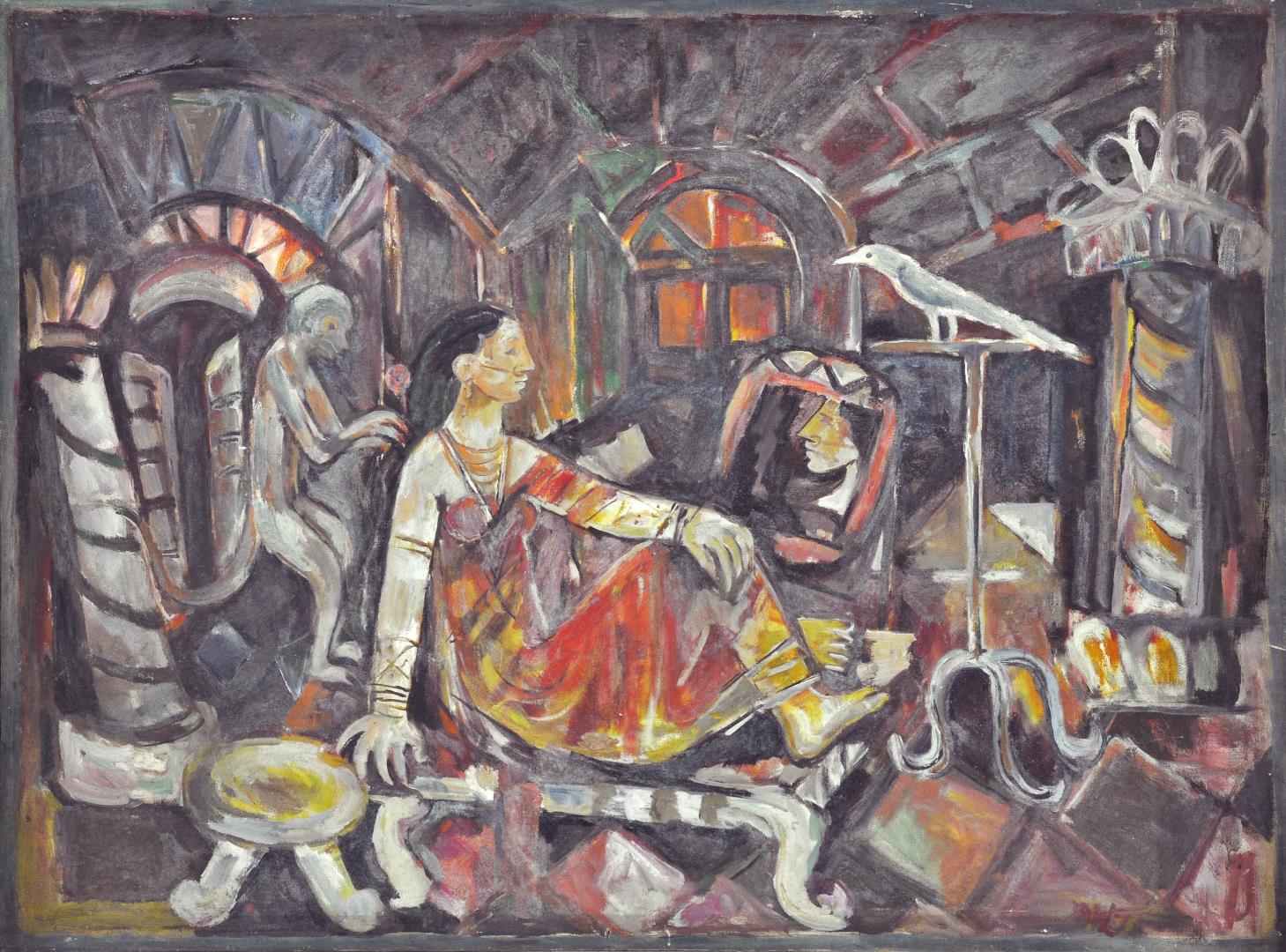 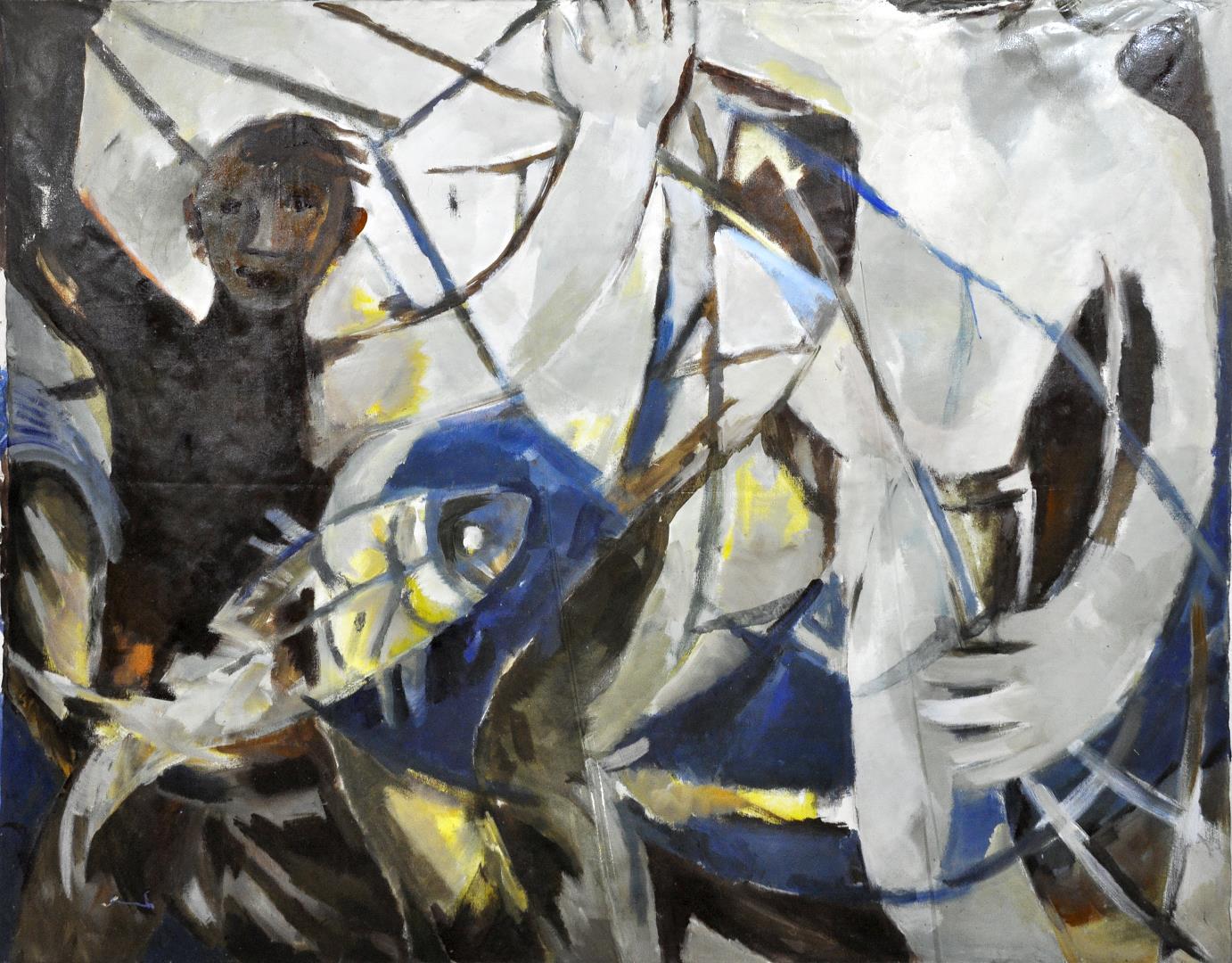 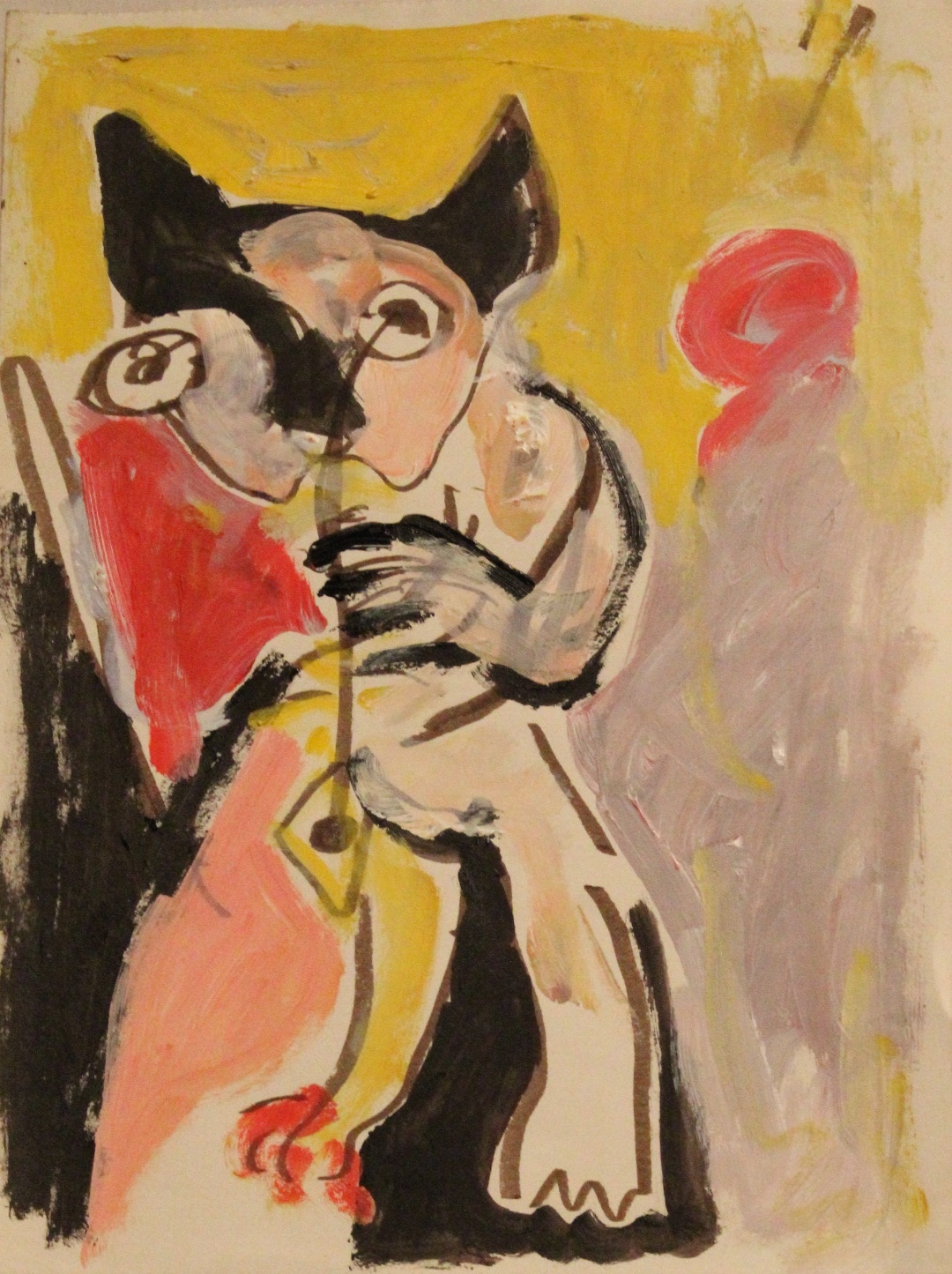 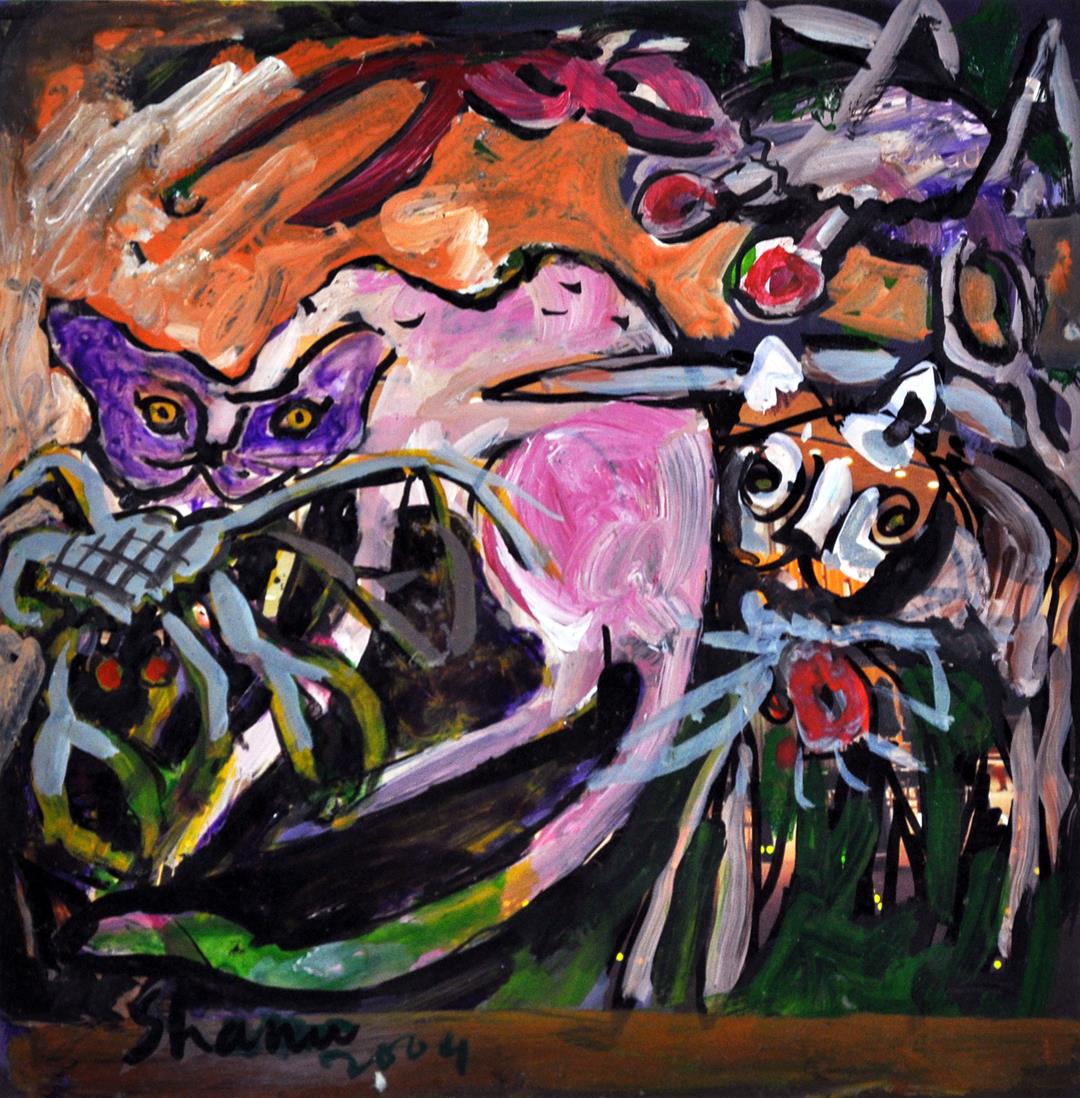 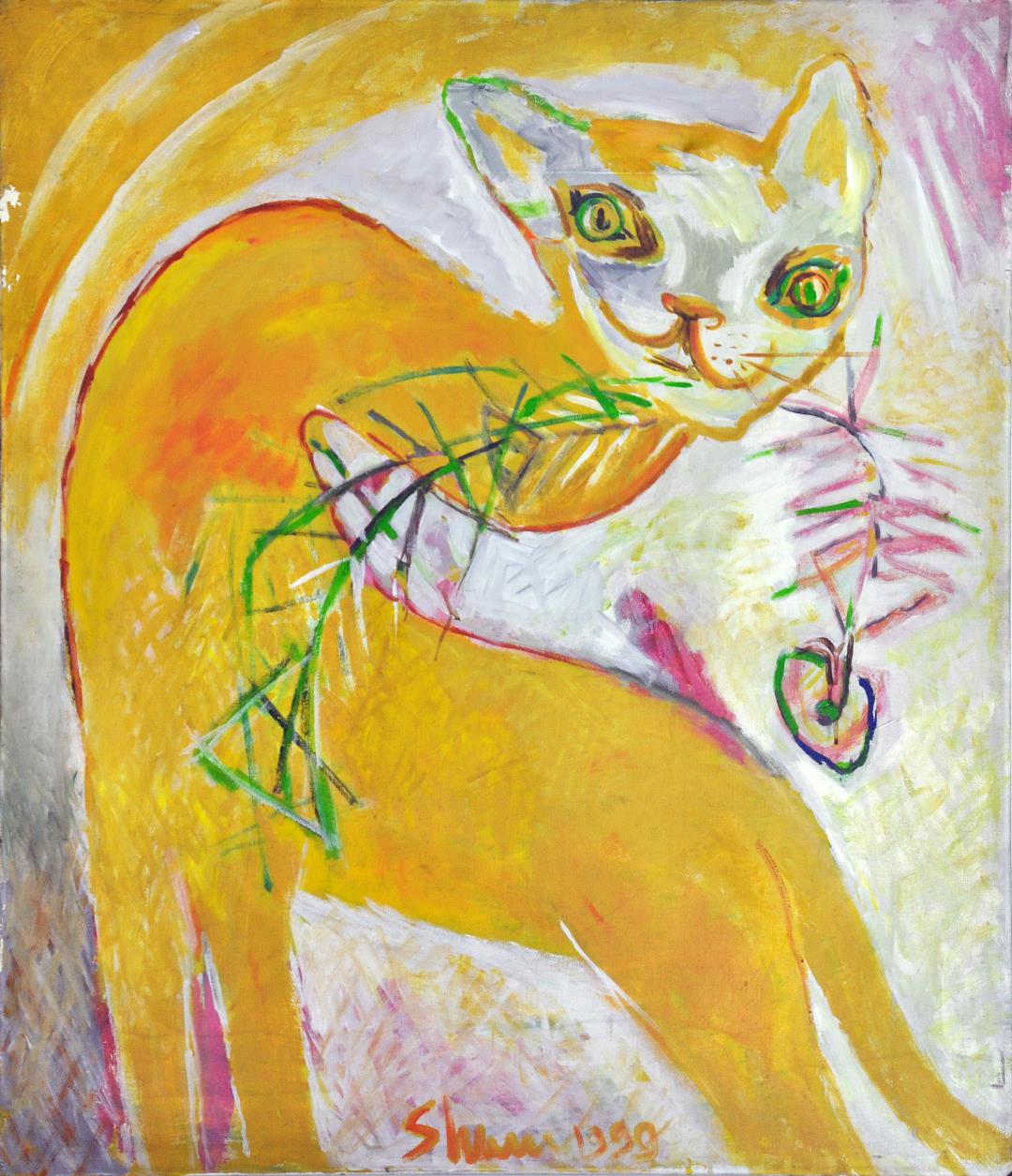 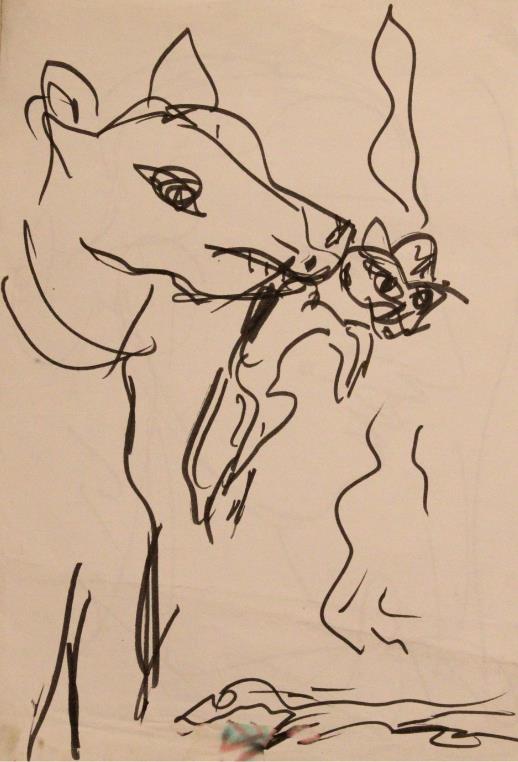 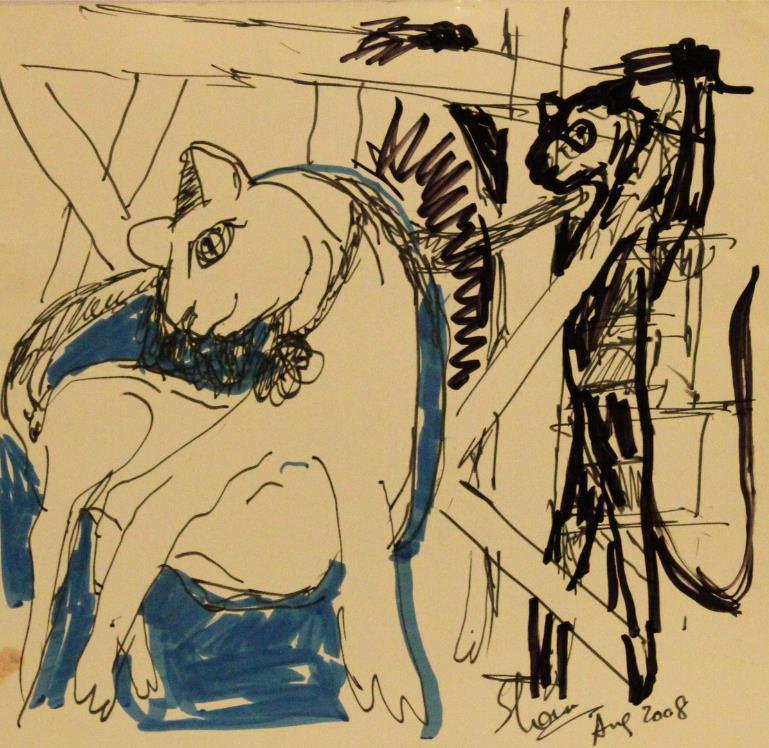 Effortlessly the back of a crocodile serves as the terra firma for a rock and roll band just as naturally the monkey, the bird and the woman seem to display a few snatched moments of camaraderie. The flexibility and elasticity of cats seem to be an abiding pre-occupation – cats with crabs, cats with each other, cat in dog’s mouth, suave cat “smoking” fish bone…

One hopes the selection ignites questions, generates conversations in an attempt to experience Asia’s imaginary and real non-humans and humans together. 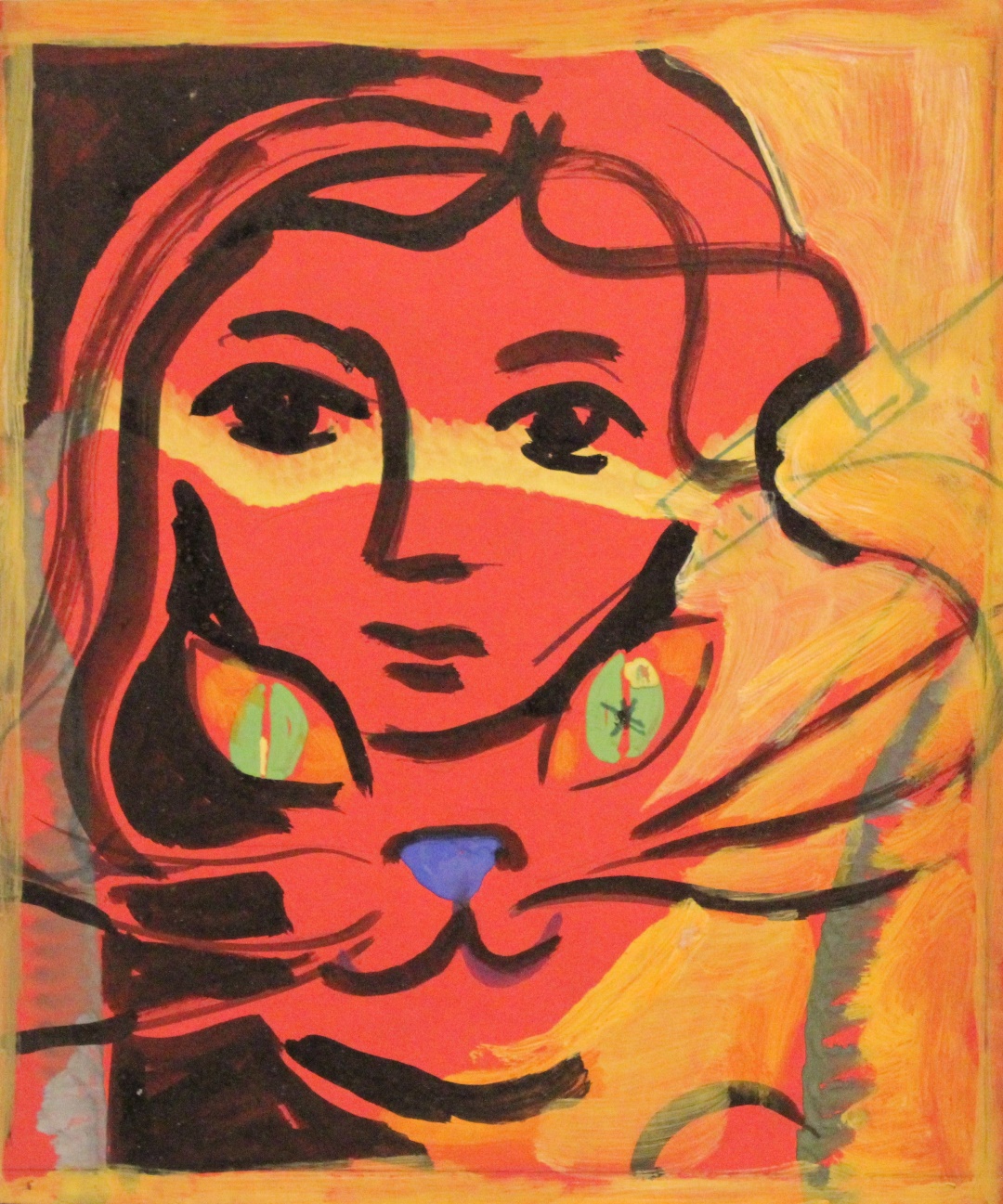 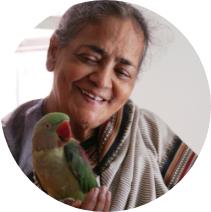 Shanu Lahiri (1928 – 2013), DLitt, artist and educator, was born into one of Bengal’s most prominent artistic families, her two illustrious older brothers being noted painter Nirode Mazumder and litterateur Kamal Kumar Majumdar. She received the President’s Gold Medal, a first for a student in India, followed by a stint at Academy Julien, Paris on scholarship. Parallel to being a painter, she also served as Professor and Dean of Visual Arts at the Rabindra Bharati University for over a decade. Numerous awards and accolades came her way and she was a much sought-after raconteur. Her repertoire of solo exhibitions in India and abroad spanned over half a century.

Committed and tireless at the practise of her art, the veteran artist continued to amaze with her ever expanding field of interest and activity, both in the studio and outside which even included kite flying! Her community murals (with art graduates and locals) adorn walls in Calcutta, Hyderabad and faraway Kigali, Rwanda! She wielded both brush and ladle with ease and enthusiasm, authored several books and took up sculpting at the age of 70.